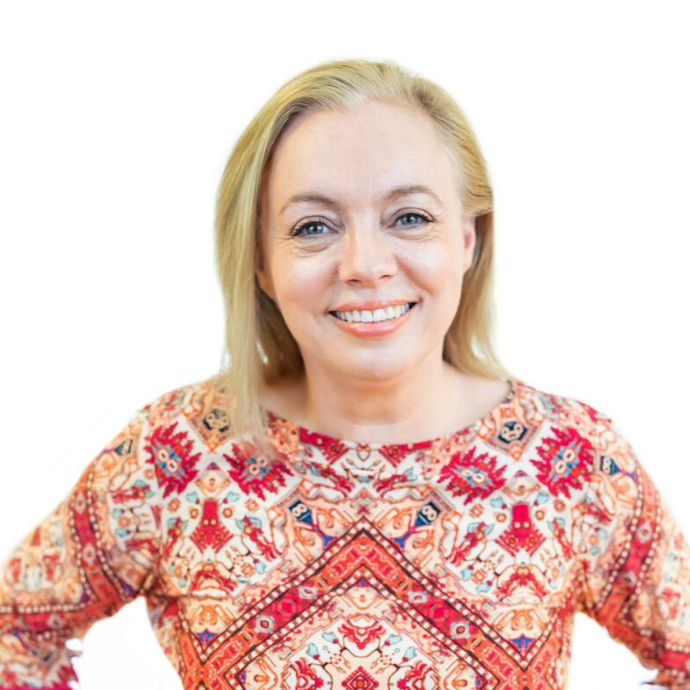 What would you like to share about yourself?
I’m Karen Schmidt and I’m a career coach who shows people how to wake up and turn their career dream into reality. That might mean making some minor adjustments or making a major shift. The important thing is you make decisions based on what’s right for you, not just follow the crowd.

I have over 30 years experience working in Human Resources and Corporate Training with 20 of those years spent self employed as a speaker, facilitator and coach.

I’m the author of 5 books on career planning, personal development and leadership plus I have a degree in Adult Education and a range of other related qualifications and accreditations.

How many employees in your company?
1-49

What areas of HR are you particularly passionate about?
Career development, employee engagement and generational management

What kind of networking are you open to?
Open networking

I left school before finishing my final year not knowing exactly what I wanted to do but knowing I didn’t want to be at school. If you’d ask me then I’d have said my career dream was flight attendant or actor.

I entered the workplace wide awake, ready to take on the world. As an enthusiastic 17 year old I was quickly nicknamed the Whirling Dervish for my boundless energy and desire to learn everything. Then I encountered difficult bosses, had some opportunities blocked and I got lulled into believing I wasn’t capable of more. One day I turned around and found myself married and working as a PA wondering “how did that happen?”.

This was not my dream, more like my nightmare, so I woke up and broke up with both of them.

I started searching for my dream career, using temping to help me broaden my options. Along the way I discovered Toastmasters and became a volunteer at Taronga Zoo presenting a show to visitors while handling native animals. I was also introduced to the world of HR and training. Finally here was a career that woke me up. I threw myself into it, eventually completing a degree in Adult Education while working full time and not getting a lot of sleep.

Then my new partner, a lawyer, announced he was having a mid life crisis at 32 and wanted to pursue his dream career so he joined the Northern Territory Police as a probationary constable. I went from living in South Dowling Street Surrey Hills to Darwin. I don’t fish, shoot or drink beer. I had bad hair every day. But I was determined to make the most of the “opportunity” so I started my own training business. I was the wide eyed Southerner who got 10 years experience in 3 years. It was a real wake up call being thrown into this totally foreign environment. The business was a success but the relationship wasn’t so I moved to Brisbane and fulfilled a new dream of becoming a speaker.

Over the next 15 years I lived that dream . . . I wrote 5 books, won awards, visited 8 countries, travelled business class, stayed in luxury hotels, was the VIP at events signing autographs and posing for photos. I bought an inner city apartment and a sports car.

Sounds impressive. Well, it was until it all disappeared. I went from wonder how I could live without valet parking to wondering how I was going to pay for petrol.  I’d fallen asleep at the wheel.

Over the years I’d had more than a couple of dips. I would go up and then crash, then up and another crash. I just thought it was because I hated business development but I was wrong.

It was only when I was offered a great development opportunity that I declined that I got professional help. A psychologist helped me to understand why I was struggling and I also did some research on how others had dealt with challenges in their careers which led me to develop a 5 step process for turning your dream career into reality. I had a few false starts along the way which made the process slower than it could have been. That’s because I was fearful of giving up what I had and I wasn’t clear on what authentic success meant for me. Once I figured that out the decision on what to do next was much easier.

My mission now is to help other people wake up and turn their dream career into reality.

I’ve learnt the hard way that you can’t do that alone. You need the right support to help you make decisions and take action. One of my strengths is being able to look at other people’s situations and offer advice on their options. I get real satisfaction from seeing people enjoy their careers as much as I enjoy mine!

So it’s that time of the year when your thoughts are probably turning to reviewing the year. That’s because it’s bound to be a popular topic of conversation at the many social events you’ll attend, especially with people you don’t see very often.

But your reflective mood is…

Why are people so interested in future proofing their careers?

I recently posted an article on LinkedIn called  “How to future proof your career” that clearly hit a nerve with many people around the world. My focus was on the threat posed by technology impacting a range of careers and how to use a 5 step pivot…

Helping your employees to future proof their careers

The 2018 “Future of jobs” report by the World Economic Forum listed the top 10 careers that will be in decline by 2022 as a result of the increase in robot technology. How many of your employees are at risk?

The future role of Human Resources in career planning

A recent report by Monitor Deloitte on the Future of Human Resources paints an interesting picture for the future role of the profession:

“The days of Human Resources as we know it at present may be numbered … shifts in the role and importance of unions in the business world, employee preferences regarding…