Have you considered Future Trends?

A Business Strategy, which everyone knows and understands as being essentially the long term plan of action designed to achieve a particular goal or goals and is about strengthening the performance of the enterprise.  I think you would agree that most businesses would have them (at the very least in the heads, however, that’s another discussion) but do you have a HR Strategy and have you given thought to how Future Trends might impact on your people and therefore your business?

One of the most common issues we encounter in our work with leadership teams is the struggle they have in getting their people to be accountable for communicating delivery problems early to allow time for the creation of a solution, as opposed to finding out at the time that something is due that it hasn’t happened.

When I ask the leaders why they think people cover up, hide or try to work problems… Developing effective frontline leaders takes more than just giving them a set of skills. They also need the right mindset to put those skills into practice and that mindset needs to be in place from day one in the role.

A report from the American Society for Training & Development on “Frontline Leaders: developing…

Watch my short video here and continue reading below...

Our emotional states are contagious. How you feel in any given moment leaks out into the atmosphere and infects other people. So to speak. We have cells in our bodies called mirror neurons. They allow us to tap into the feelings, thoughts and intentions of others just by observing them. They are responsible for what…

The # 1 Secret For Team Success 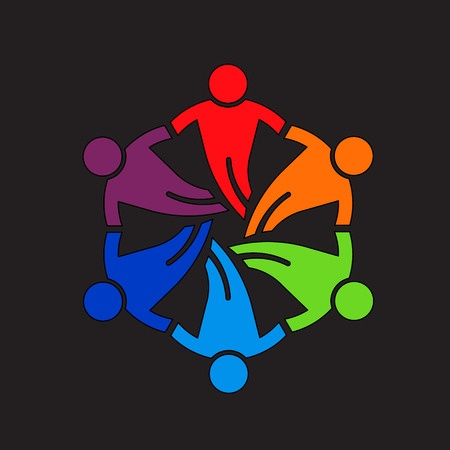 Why should we be concerned about how our staff are feeling at work?
Surely there are more important issues to turn our attention to such as sales or marketing and operations, than team feelings and emotions?

The truth is our brains are wired to process emotions in order of significance.

During the 2012/2013 year, 16,024 Australian leaders and managers completed the Life Styles Inventory™ (LSI), with a view to gaining awareness of their current effectiveness and insight into their potential to be more effective in their role. In most cases, these leaders and managers were part of a development program positioned to improve the performance of the individual, team or organisation. Many were invited to participate in further coaching or skill development workshops to increase…

Is it really the end of Performance Reviews

Performance Reviews, what a popular topic talked about amongst HR professionals at the moment.  In fact, to be honest it is one that has been talked about for decades amongst HR professionals - we just didn’t have social media back then to tell everyone what we thought.  So really the news is nothing new.   Because of this and the time of year, people probably avoided performance reviews prior to Christmas or just simply didn’t get a chance beforehand and so are having to commence the New…

EBA Negotiations - Preparing on the Day

Skilled negotiators "get into character" on the day of their EBA negotiations, preparing themselves mentally and tactically for the challenge.…

We are wired towards having goals and more importantly, actually achieving them.

The nature of our biochemistry is to set and pursue a target, reach a metric or attain an outcome.

I believe the number one reason why people become misaligned with their goals is that they don't make progress towards them.

This may be because:

With the changing demographics of today’s workplace, the role of the manager is ever evolving and the demands on their all-encompassing role ever increasing. Managers are now facing a multitude of challenges; trying to maintain high levels of productivity in a competitive business climate and ensuring their workforce is engaged and healthy. In order for managers to be able to meet the demands of their role, additional training and support is needed.

Here at Human Synergistics much of our work centres on helping individuals build greater levels of self-awareness. We consistently find the higher our self-awareness the more likely we are to have a constructive impact on others in our lives.

So where does mindfulness sit in relation to self-awareness?

While self-awareness is about having greater insight into our own thoughts and actions, mindfulness is the ability to observe these thoughts.

The simple yet powerful…

Do you have frontline leaders in all 5 stages of development?

If you look around the plot of any keen gardener you will find they have their favourite plants in various stages of development, from seeds and seedlings through to mature specimens. This is particularly true for productive crops like fruit trees and vegetables. Gardeners know that if they want an ongoing harvest they need to stagger their plantings or they will end up with a feast or famine in terms of produce.

Four personal blind spots that will shoot you in the foot!

Warning! If you think the blind spots below describe someone else and you can’t see how they apply to you, it’s likely you have no idea of the impact you are having on people around you and in return, the impact that has on your performance.

A filmgoer sits down in the local cinema to watch an old movie: The beauty of the film was being horribly distorted due to the black scratches and spots which flashed across the screen. After about half an hour the filmgoer abruptly got up; taking a handkerchief out, walked up to the screen and rubbed furiously at the black spots. Of course nothing was at all changed. The spots on the screen weren't the problem. The spots on the projector were the real…

Using your Inner Director to achieve your goals

As we get used to it being 2015 and consider what the New Year holds in store for us, it is a good time to reflect on what we would like to achieve this year.  Setting and achieving a goal takes commitment and focus and while a lot of people start with best intentions many let their motivation fizzle out and get lost in the busyness of work and personal life.  But there is now a simple a way to tap into your deepest resources so you can focus on achieving results.   It involves the latest…

Unconventional Tips for Your Career Development At this time of year, many of us are spending time deliberately reflecting. You might be looking at the year that’s just passed and wondering if this year is the time to make a Big Career Move or even a small career move. To that end, below are just some things I’ve found useful.