In management, once is not enough

Are you falling into the trap of telling your people only once and assuming that they will then diligently get on with your request?  How do you ensure that your requests stay at the top of their list of priorities?  Are you taking your power for granted?

In the modern workplace we are all inundated with hundreds of demands from clients and customers as well as colleagues and managers.  They are all competing for our attention and we constantly have to juggle priorities.  There is…

Employee retention. Can you afford not to?

Last year I was sitting in a business meeting which included a CEO, hearing how there is never enough time in the day. How meetings always started late, how commitments were never met because there simply wasn’t enough time. The conversation went on for a while until one member of the conversation threw down her pen and said ‘We all have the same amount of time. We all have 24 hours in the day. Time goes no more quickly or slowly for me or you. It is about priorities. This is a…

Over the last 12 months, the Commonwealth Government has scrapped three important mature age initiatives: Experience Plus Training, On the Job Support and Job Transition Support.

Whether you are involved in recruiting or you are looking for a job, this weeks article can help you get focussed on some of the key questions which can be great for revealing a candidates strength.   When in a selection process, you can expect to find assessments and tests to give the recruiter the necessary information to show the candidate has the right skillset.   Some recruiters will leave it at that.

However, good recruitment campaigns also try to make sure the candidate is…

One reason why some organisations lose staff is because there are not enough promotions available for upcoming high performers. So what can you do to encourage this group to stay that will satisfy their need for career progression and skill development?

What successful 'promotion proxy' initiatives has your organisation done?

A super aircraft carrier can launch or land planes every 25 seconds. Standing 20 stories tall and stretching the length of several football fields, a crew of more than 5000 men and women ensure the floating citadels continue to play a key role in peacekeeping and war.

From the flight deck to the mess, each crew member wears a color to delineate their specific role on the ship.

If you ask anyone how they see their role …

So once you have details about which resignations were influenced by the organisation, you can go about addressing the ‘push factors’ like manager practices (which is the main one!).
If you are doing annual studies on your current employees, you should see a change in the push factors as you address issues.
If you know why people are leaving, fix it! Otherwise your resignations are self inflected injuries!
How have you addressed issues…

Effective human resource management doesn't need to be over complicated. In fact, if you can just get the fundamentals right then you are well on your way to growing a successful business and employment culture.
Read on to discover the steps and tools to help you achieve them in your business.… 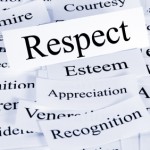 Two things we tend to look closely at when conducting a study for our clients:

1. “Push factors” which are able to be influenced by the organisation such as manager practices, company policies, pay, etc.

2. “Pull factors” which are not able to be influenced by the organisation such as health issues, moving away, pregnancy, etc. A change of pace for your busy Friday -  a beautiful little short film from Greece.…

Dealing with Negativity at Work

As you know, in most organisations there is usually something valid to complain about, and the one described in the situation below was no different.  The trouble is of course, if complaints aren't voiced constructively and they become part of a negative moan, then the line between fact and fiction becomes blurred and people start making their own negative interpretations about the simplest of things.  When this happens, people who need to listen often just stop.

How do you convince yourself?

We all have to make hundreds of decisions every day but how do you go about convincing yourself of something? Why do some people ‘know right away’ and others seem to need more information. Understanding your own ‘convincer mode’ can make a significant difference in the way you gather information and the results you get.

Giving the benefit of the doubt

Watch out: New cause of action against bullies and employers that permit bullying

On Tuesday the Federal Government released its response to the report that came out of the House of Representatives Standing Committee on Education and Employment’s inquiry into workplace bullying last year.

In their report the Committee made 23 recommendations ranging from initiatives such as the adoption of a standard definition of workplace bullying, the establishment of a workplace bullying advisory service, and the implementation of criminal laws in each State and Territory that…

How To Destroy Your Employer Brand In 20 Simple Steps

This article was originally posted on the RecruitLoop Blog. I remember walking into my first day in a new job many years ago and nobody knew who I was. My manager wasn’t there and hadn’t even told anybody I was starting.

Less than three months later I was gone.