We have finally come to the last of the 12 blogs on the styles in LSI 1. Taken all together the previous 11 have developed the theme that if our self-talk, reflected in our LSI 1 responses, show a close compassionate relationship with ourselves we are more likely to be effective and happy. To be affiliative means to be 'friendly'. Most of us know how to be a good friend to others. We listen and support when our friend feels down. Can we be sure that we always do the same for…

What does accountability actually mean? 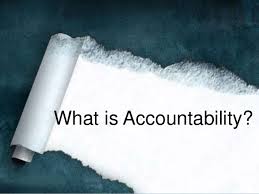 People being more accountable, in my experience, is one of the top 3 outcomes that executives want from their leaders and any leadership development programme. But do they know what they are actually asking for?

Coaching is the key to learning

This article from Human Capital Online calls into question the validity of workshops as the most suitable way to develop leaders, suggesting instead that the real learning happens as a result of coaching and in particular during group coaching.

It backs up the anecdotal evidence I’ve seen in the last 12 months. People who are responsible for developing leaders are…

Employers implement and use surveillance for many reasons including security as well as monitoring safety and productivity.

From time to time employee misconduct or misbehaviour is captured by surveillance and in such cases, employers must exercise caution to use the…

How to prevent (and treat) disengagement at your workplace

The current state of employee engagement is startling. According to a study released late last year, only one in four employees are highly engaged at work. When engagement has a direct connection with bottom line results, it’s no wonder that talk about an employee engagement crisis exists.

In writing about the styles in LSI 1 my aim has been to explore the idea that the way we describe ourselves shows the relationship we have with ourselves. That relationship is likely to be reflected in our self-talk. This has the potential to enhance or limit the satisfaction we experience in our lives, prescribes the way we behave and whether or not we are effective. We know that when we feel listened to and understood, encouraged and supported, we feel more confident in trusting our…

The makings of an HR leader

A new report by Hays, The DNA of an HRD, polls HR directors on what it takes to get to the top, with stakeholder engagement voted as the most important skill to have.

For the report Hays spoke to 461 HR directors in Australia and New Zealand. The results show that 64% of HRDs are women, while HRDs are typically aged in their 40s and early 50s.

In terms of skills, over half (53%) say stakeholder engagement is the most important skill to possess, followed by commercial… Continue

Addressing Personal Use of Social Media in the Workplace

There is no longer a clear divide between an employee’s work and private life.

Are your employees aware that their employer may:

In Hocking’s Case, Mr Hocking had been employed since 2012 as a sales assistant who worked regular days and hours. Mr Hocking was divorced and had access to his three children every second weekend.

Mr Hocking was given a new eight week…

An employee has recently had their unfair dismissal case upheld in the Fair Work Commission after the employee made a simple "slip of the tongue that just came out", which ultimately resulted in their dismissal.

The case 'Mr Claus-Dieter Hengst v Town and Country Community Options Inc. (U2015/12144)' surrounds the use of inappropriate language and whether the breach of trust and confidence in an employee is enough to warrant…

The decision of the Northern Territory Anti-Discrimination Commission in Frances Newchurch v Centreprise Resource Group Pty Ltd, Mr Graham Ride and Ms Sarah Ride [2016] NTADComm 1 (Newchurch decision) highlights that employers may be found to be vicariously liable for their employee’s discriminatory conduct where it is not demonstrated that it took “all reasonable steps” to prevent the employee…

When is a volunteer not a volunteer (for the purpose of the FWC's anti-bullying jurisdiction)?

Commissioner Peter Hampton of the, Fair Work Commission (FWC), has provided some clarity as to whether a volunteer can apply for a stop bullying order in his decision in the matter of Gaylene May McDonald [2016] FWC 300 (McDonald Case).

The 8 Values of Highly Productive Companies

There are eight values critically important for developing an agile, productive organisation purpose built for the twenty-first century. Each of these values are shared by employees and management. What are these values? And how can they be cultivated in a business?

As we've known for some time, culture is the key; having the right workplace culture is… This is the first in what will be a series of Driftwood Group heroes. People who don’t stop to think about work-life-balance, but rather mix the two together, and have some fun along the way.

His name may be…

Why it's time to upgrade the old employee suggestion box

Is L&D approaching an Uber moment?

The Head of Emerging Leader Development for one of the oldest, largest and most reputable companies on the planet made a really interesting comment to my business partner, Josh Mackenzie, earlier this week.

She was being interviewed at one of our roundtable breakfast events in London and had been asked how an organisation like hers, steeped in a long history of innovation, approaches L&D.

In 2014 the Assistant Minister for Immigration and Border Protection, Senator the Hon Michaelia Cash, announced a review of the current skilled migration and temporary visa programs.

As a result of the review a new proposal has been made for a 12-month skilled temporary visa. It appears the DIBP is working to implement this new visa in July 2016. The Federal…

If the boot doesn't fit

In order for an Enterprise Agreement to be approved by the Fair Work Commission under the Fair Work Act 2009 (Cth) (FW Act), the proposed agreement must pass the ‘better off over all test’ (the BOOT).

Section 193 of the FW Act provides that a proposed agreement will pass the BOOT if:

‘the FWC is satisfied, as at the test time, that each award covered employee, and each prospective…

Once upon a time in a small village lived a manager who oversaw the staff who worked on the land for the local Lord. Unfortunately, the manager was not happy. So one day the manager secretly sought the advice of the local sorcerer.

“I need a spell” the manager said. “My workers are tired and disinterested and work productivity is down. I cannot get them to work hard. They hate me and sometimes, sadly, I hate them.  No one is happy,” he said.

The sorcerer understood and offered…

Editing Your Organisational DNA: Is It Possible?