How to spot exceptional talent before everyone else

The Rare Find: Spotting Exceptional Talent Before Everyone Else by George Anders (Portfolio/Penguin, 2011) is an exceptional book on talent. In trying to find a way to capture the essence of the book I decided that it would be easier if I just provided an edited version of the final chapter as an inspiration for you to buy the book for yourself.

So here it is.

In a recent appeal case about a redundancy1, Fair Work Australia ("FWA") rejected an employer’s “assumption” that a manager would be insulted if offered redeployment to a more junior position following a restructure.…

The Fortunetellers wheel of fortune....what does success mean to you? 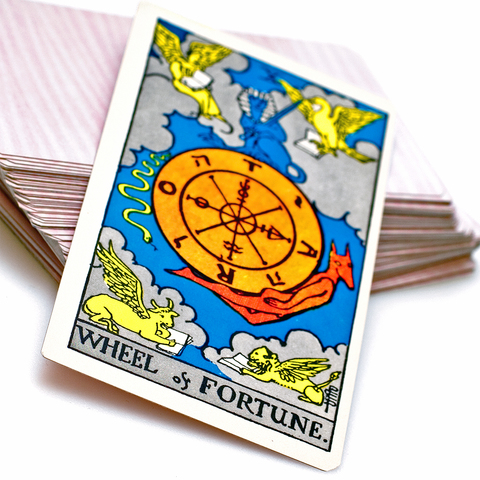 Last week I was flying to Brisbane to run a workshop with an up and coming HR Consultancy. To kick start the first session I opened with the topic of success and what it means to their business and the individuals within it.  Before getting into the nitty gritty of achieving top performance and putting action steps in place, I felt it was a pre-requisite to know what success…

In today’s culture it is almost impossible to not think about how you eat. Every day we are bombarded with the latest diet fad - hi-fat, low-carb, no-dairy, caveman diets, lemon juice detoxes and so on. There is even the sleeping beauty diet, which recommends sleep instead of eating to reduce those unwanted kilos!

As we all know the best approach is the most basic, eating in sensible moderation along with a reasonable amount of exercise. Simple, but by no means easy.

Having spent a couple of days reading the Steve Jobs biography I couldn't help but reflect on the remarkable accomplishments of the man and the lessons applicable for business owners everywhere, big or small.

This could have been a very long list, but here are the seven things that are most strongly front of mind for me (text is paraphrased and quoted from the book 'Steve Jobs' by Walter Isaacson, Simon & Schuster, 2011).

Leadership is Action! It's what you do that counts, not what you say

Managers have subordinates, leaders have followers.

That short statement took me many years to learn. When I was young, and thrust into a management role way before I was ready, I thought leadership meant, “getting people to do things”. And maybe, in the end, that is what it is. But it’s not by telling, or coercing or bribing. It’s way subtler than that. And if you are looking to carve out a career in managing a business or indeed any enterprise, developing your leadership…

HR and internal recruiters, YOU need to lift your game too

There has been a great deal of criticism of Agency recruiters lately, quite a bit of it from me.

But a recent theme is emerging where Corporate HR managers and internal recruiters have launched some scathing attacks on the process followed by recruiters. A recent blog,…

Fun and money - the two reasons to come to work

There are only two reasons to come to work.

And you have to have both. One of them will not be enough. Not if you want to love what you do, that is. Having a job where you get just one or the other, often seduces you into thinking you have found your dream job. But in most cases that dream fades like a mirage as you realise a key ingredient of ‘job love’ is missing.

And these days, where our jobs are typically is so demanding, you simply…

This is how to get value out of your recruiter

It’s not uncommon to hear recruiters being heavily criticised by their clients. And often it’s well deserved. But as with most contentious issues in life, there is more to poor recruiter service than meets the eye.

Certainly it’s true that employers who invest in their relationship with their recruiter reap the best rewards. Check out this short video for key tips on how to get the best value from your recruiter.…

How to pitch your HR stories to media

This week I gave a conference presentation on the topic of media pitches, specifically in relation to sharing stories with an HR audience. As I said at the time, I only realised during my preparation that the workings of a newsroom are quite mysterious to an outsider, and many of you who would like to be…

Here’s a common scenario we face in consulting, particularly where we are recruiting in close-knit industries where everyone “knows” everyone else.

A candidate comes to see us. We build trust with them. We interview them at length. We understand their strengths, weaknesses, reasons for leaving or wanting to leave their current role. We talk about where they would like to work next. Then we reference check them.

Throughout this process we are not naïve.

Jo Knox has kindly suggested that I give readers a bit more info on my forthcoming ebook. (I blogged earlier - 12 March)  Well, it's a highly interactive ebook about trouble in our workplaces, the disillusioned and disengaged that populate them and those that purport to lead.There are many stories derived from my experiences yet it is not all doom and gloom as the book provides many restorative strategies and ideas as to how the workplace can be made a better place…

Even though the Fair Work Act 2009 has been in full operation for just over 2 years, we are continually surprised by the amount of outdated employment contracts and workplace policies still in use.

The Fair Work Act introduced the National Employment Standards (NES) and Modern Awards.  The NES brought about changes to a number of minimum terms and conditions, which necessitated amendment to many existing employment contracts…

No 1. tool for a conscious people leader

What actually happens is, we stop the automatic way of operating, the habitual addictions we have to feeling a certain way and reacting a certain way. We become different.

I am looking for one or more experienced HR managers to read my manuscript. It's about people averse workplaces. I've had over 40 years experience in multiple workplaces. A couple of my blogs have appeared in HR Daily - The Organisational Colonscopy and Heroes and HR

Why less attention is sometimes better than more

In the book “Good Boss, Bad Boss” by Robert Sutton there is a great quote from William Coyne, one of the leaders at 3M. He believes that:

“The best management is sometimes less management or no management at all. After you plant a seed, you don’t dig it up every week to see how it is doing.”

Makes sense when you think about it but how many managers have you encountered that just can’t leave people alone to get on with the job? They are always…

Who Are You? De-Mystifying Psychometrics

Since ancient times, when Know Thyself was inscribed in the Temple of Apollo at Delphi, people have known that it is important to understand as much as we can about ourselves.  For years, philosophers, psychologists and ordinary people have asked themselves, “Who am I?”

Can you spot a liar?

On average a person lies between 10 and 200 times a day. Some of these may be white lies, (‘good work’ or ‘that’s one way of doing it’) designed to maintain relationships and oil the social wheels.  Other lies can be detrimental and affect our development, our work, and our relationships both at home and at work.

At the IEC we recently watched a TED video clipby author Pamela Meyer based on her book, How to…