A Great Destroyer Of Team Work - The Fundamental Attribution Error

The fundamental distribution error is our human tendency to blame, judge or ridicule a person based on their behavior. We tend to see people dispositionally. That is, we make moralistic judgments about team members’ behaviours as being right or wrong, good or bad. This can have a cascading effect on everybody in the team and make it hard for teams to become cohesive and work together with trust and vulnerability.

I having been sharing recently on some brain science research…

Inconsistency and Double Standards: Traps When Managing Inappropriate Behaviour in the Workplace

There exists a diverse range of personalities to manage in the workplace. In order to maintain a cohesive and harmonious working environment, it is in management’s best interests to recognise and celebrate this diversity. However, an employer’s tailored…

What follows is a short summary of some cases:

Barry Pierson was a rogue Texan cop on the run from the FBI. He was wanted for ‘lewd and lascivious acts on children’ – that’s FBI speak for a pedophile.  He snuck into Australia, assumed a false identity, applied for and won a job ‘on merit’ as Senior Social Worker in a child protection agency for reasons obvious. He got busted and was deported.…

Corporate Reporting, also Narrative Reporting, in an organization is an essential for the requirements of corporate transparency. It is the way of reporting to the investors and other stakeholders of the company about the “whereabouts and howabouts” of the company. It presents a clear picture and lends a clear understanding of the performance, development and the position of the business of the company.

Now coming to the question of just how it is…

Myer sacks lying executive on his first day: How were they duped?

It was a highly embarrassing day for Myer this past Tuesday.

After announcing the previous Thursday that 'Andrew Flanagan, has been ­appointed group general manager for strategy and business development', Myer confirmed on Tuesday that Flanagan had been fired after it was revealed that he was not, as reported, 'formerly managing…

An alarming 62% of organisations do not track policy compliance

Last week we asked you, our Asia-Pacific readers, how your organisation manages policies to ensure compliance with complex legal regulations.

The results revealed an alarming 62% of organisations do not have an effective policy management system and do not track how many employees read and understand their policies.

Of those, almost 50% are organisations employing over 1000…

An ACT company director has become the first officer of a corporation charged under the model Work Health and Safety (WHS) laws.

The charges follow an incident in which a truck driver died from an electric shock in 2012, says a Norton Rose Fulbright report.

The director has been charged under the ACT WHS Act for failing to exercise due diligence to ensure Kenoss Contractors complied with its WHS duties and failing to comply with his health and safety duty, the report says. He…

Importance and the necessity of discipline in organizations

Today’s  business press is running stories about the termination of a recent appointee to the executive ranks of Myer. It seems this senior executive made claims in his resume and at his interviews that turned out to be false. Most HR professionals would think that the recruitment of a  person making false claims rather improbable for reason of the ‘rigorous’ interviewing, referee checking and pre-employment screening processes that underpin…

Beyond the Brand - Behind Closed Doors 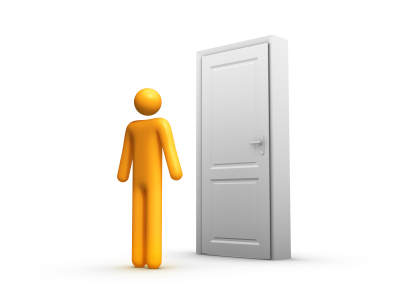 Of late I have found myself disappointed at what I find behind closed doors.   What do I mean you say?   Well, when you pay for a service or product and it doesn’t live up to what they say they do beyond the initial stages of the service.  People generally put trust into the business they are using or purchasing from and when it doesn’t live…

High Performance & Emotions -The Importance Of Adjusting Our Mental State

All organizations and leaders project an emotional climate that can either hinder or enhance performance. I believe emotions in the workplace are easily overlooked and undervalued when it comes to our personal performance, our performance at work and how we lead others.

We experience 2 types of emotions:

How many interviews does it take to hire top talent?

At the Australasian Talent Conference last month, I attended an interesting break out session on the future of interviewing and whether assessment would make interviews redundant.

The panel made plenty of interesting points in response to questions and comments. Unsurprisingly nobody was predicting the end of interviews any time soon.

One of the excellent points made by one of the panel in discussing the many ills of interviews, as they are currently being conducted, was…

Leadership is rightly considered the axle on which the entirety of the entity in perspective rotates. The wide range of leadership styles in theory and the same manifested in real life scenarios, sometimes, sway too far away from being ideal. And that is just where fingers point at the validity of the leadership in question.

Did you know a recent FCA investigation into the controls around money laundering, terrorist financing and sanction risks, uncovered the fact that half of those organisations surveyed had gaps in their policies and procedures?

Did you know a recent FCA investigation into the controls around money laundering, terrorist financing and sanction risks, uncovered the fact that half of those organisations surveyed had gaps in their policies and procedures?

One of the biggest challenges I come across in my profession is what I have come to call ‘non-managing’ managers. These individuals have often come into a management position by virtue of their technical skills or simply by default, being entrepreneurs who have created small businesses of their own. I refer to this group as ‘non-managers’ because, while remarkably astute and business savvy in many ways,  …

A common challenge a manager faces is to consistently communicate with a ‘language of leadership’ that drives staff behaviour in the right direction. A manager becoming a catalyst to positive staff behaviour is crucial to increasing productivity in the workplace. When leaders evoke a positive ‘inner climate’ of thought and emotion in their employees, they persuade higher levels of creativity, productivity, commitment and cohesiveness from each employee, which is the essence of a high…

Thought for the day: Bullying

If bullying is manifest in your workplace you can put this down to a failure of leadership.

How to Recruit the Best Candidates