Are you supporting employees with their work rather than their learning?

If, like many of your L&D peers, employees in your organisation tell you they prefer classroom training, it’s important to understand their preference in relation to the perceived alternatives. I say this because I don’t know anybody who hasn’t had their perception of online learning tarnished by some dreadfully tedious and wholly ineffective e-learning at some point or another. But before you go searching for better e-learning, it’s important to also recognise employee preferences, not… Being a seasoned manager ain’t easy — but being a first-time manager brings its own set of unique challenges. At SoapBox, we’ve been doing one-on-ones…

We’ve been long time fans of profiling tools and use them almost every day in our business. Our primary tool is the Myers Briggs Type Indicator (MBTI), but we’re always keen to learn about other tools that can be of value to our clients. We recently became accredited in Clarity 4D and want to share some of what we learned here…

‘Conflict is inevitable, combat is optional’ 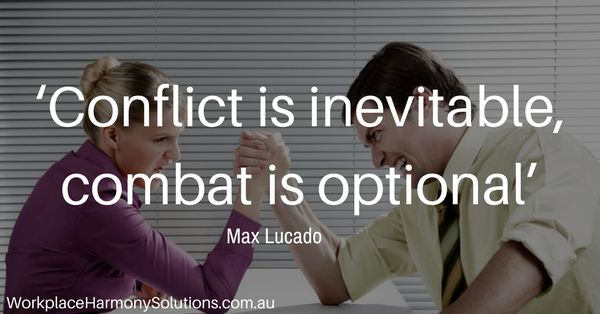 This quote from famous US author, Max Lucado rings so true for all conflict situations we can think of.

In all of life’s situations, it is how we chose to respond (and not react) that will determine whether the outcomes of conflict are constructive or…

How to write a detailed job description for a new role

I recently wrote about the importance of defining your job title prior to even advertising the role.  Following on from that train of thought I wanted to go a little deeper in to detailing the job description for when you do advertise the role and ways that you can look at ensuring that you have…

I’m sorry, Dave. I’m afraid I can’t do that: Can a computer be the decision-maker in an adverse action decision?

There is no doubt that human resources information systems (HRIS) have changed the face of HR.

A good HRIS makes onboarding and compliance easier and can provide real-time data on an organisation’s workforce.

As reported this month in HRM Magazine, Futurist Chris Riddell…

I like to move it (move it): Relocation & Redundancy

The issue of relocating employees from one location to another arises when a business is restructuring, when a site closes down, or when a business decides to move its operations.

A recent decision of the Fair Work Commission (FWC) considered the issues of relocation, redundancy and unfair dismissal. …

Recently, there has been intense focus in the media on two of Australia’s top sporting codes and their negotiations for new pay deals. The threats of strikes and boycotts highlight why it is important to have and maintain good communication between the parties in the collective bargaining process.

As businesses we can often rush the recruitment process. This may be due to a staff member leaving at short notice and therefore leaving your business short staffed and under prepared. As such we do not always take the time to think through the recruitment process or give appropriate thought to what employing a new team member may look like. I previously wrote…

Change at work is a more complex process than most realise, with between 50-70% of workplace initiatives destined to fail. This is actually unsurprising as while most change initiatives are well thought through on the practical level with the aid of project planning tools like action plans and gantt charts, the people side of change is often overlooked - And change is fundamentally about the people who will have to implement change and live with the results.

Uniform policies and dress codes are an important element in a workplace. Studies show us that effective uniform policies can help to boost productivity, foster a sense of unity and increase the overall success of a business. But, they can also be a sensitive area for HR. Employees are sometimes unwilling to comply with a dress code and uniform policy can easily be made discriminatory or impractical. Today, we give you our top four tips for keeping a uniform policy fair.…

An Investigation In The Balance 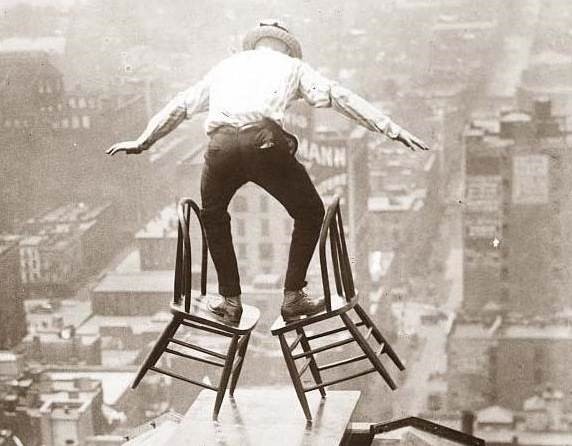 An investigation in the balance… It’s the case that all HR managers dread… You investigate, but it is all he said / she said... If the allegations are substantiated termination is likely! But if they cannot be substantiated…

Succession planning is an age-old practice. In fact, it was a core tenant of the survival of many civilisations, with dictators and political leaders focusing heavily on cultivating the proteges they felt were most fit to fulfil their vision and continue their legacy.

Being able to communicate and manage in an assertive manner is a skill that takes practice and confidence.

Think of these tips like getting dressed in a suit or fashionable,…

How to Prepare and Conduct a Difficult Conversation as a Manager

For most of us, the idea of having a difficult conversation makes our heart race a little (or a lot). People leaders have an extra layer of difficulty because, in most cases, these are conversations that can’t be avoided.

Let’s face it, it’s part of the job and something that has to be done. In fact, if you aren’t having difficult conversations on an almost daily basis, you probably aren’t doing your job to the best of your…

When it comes to hiring and firing staff, a lot of what employers and employees believe seems to be based on myth, hearsay or out-of-date information. Some of these "facts" are very often wrong.

To help you cut through the noise and know where you stand, we set the record straight on eight of the most common employment law alternative facts. All your decisions are biased!  This is a simple fact that we all need to get more used to.  If we don’t we are in danger of allowing a lot of automatic, and often unhelpful, patterns of thinking influence the major decisions we make. This could be anything from recruiting for a key role in our business or choosing a key supplier, to making a critical strategic…

What's in a title?

Earlier this week I posted a blog about asking some pertinent questions in your business before advertising a role.  One of the areas that we looked at briefly was creating a detailed job description.  When doing this I believe it is critical to look at a number of areas, but one…

10 Tips To Invigorate Your Career In Your Organisation

In a recent post we covered 4 Simple Steps to Create a High Performing Career. Today we’re upping the ante with 10 more, but these are focussed specifically on ramping things up within the organisation that you are currently in.

When you’ve been with the same organisation for while things can appear a little stagnant. You…