Is HR the new frontier of social business and collaboration?

It’s an exciting time to be a Human Resources professional with lots of social tools to assist in all areas of the employee lifecycle.

For people who live and breathe People and Culture there’s much more to Social Business than online recruitment.  As a Social Business advocate, you may need to take the lead and take some risks… But hey, that’s where we live!…

Have we been wrong about productivity for 200 years?

How do you best go about increase organisational performance and productivity? It is a question that we are all interested in.

First, let's look at the traditional view. The long standing view is this: If we can increase the individual output of employees, we will consequently increase organisational output.  For example, if I can get Fred to do 10 per cent more work…

LOOKING FOR THE WOW?

In my experience there are 25 primers that make for that wonderful, outstanding workplace (WOW) Here ‘workplace’ means the total organization as you see it, not just the place or the unit in which you work.

Take the test; there are only two options – either Yes or No. You have found WOW if you answer Yes to each of the 25 primers.

1   A sense of excitement and accomplishment pervades my workplace

Earlier this year Australia was faced with the rather unpalatable news that the Australian swimming team, or more specifically certain male members of the team, had been behaving with less-than Olympic standards during the team's underwhelming performance at the 2012 London Olympics.

This revelation came hot on the…

People are our greatest asset… or are they? It was great to hear a case study presented by Sam Marchetta (High Potential Learning Leader, EY) for our webinar on “Putting Talent on the Business Agenda” earlier this week (view the recording here).  This was a good opportunity to hear about how EY has developed targeted programs and…

Are you too certain to learn?

The ability to rapidly learn and apply new ways of working is the key to business success, especially in our knowledge-based economy.  The dramatic changes in technology are leaving some senior people stranded as they struggle to manage the vast amounts of information required to run a successful business.  But there is also something else that can inhibit your ability to learn.

Developing strategies to sort the wheat from the chaff is a whole new skill that needs to be acquired.  We… 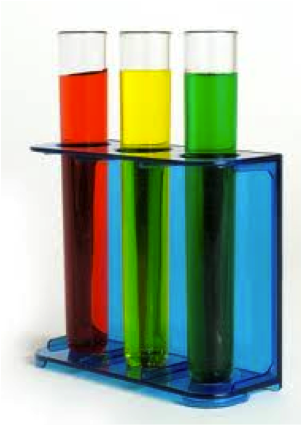 I see so many organisations spending months, if not years, negotiating best-practice models on talent management, leadership and performance reviews.

Time is often wasted negotiating semantics and organisational values, and extrapolating possible business results to customised outcomes. However, the market, organisation culture and skill-set of leaders have created a…

How to avoid Silly Mistakes

In a world of ever-increasing complexity it is becoming very difficult to maintain high standards and control mistakes, especially the silly ones that seem to be repeated, even by competent people.  There is a surprisingly simple answer to this fundamental problem that many businesses suffer from.  But very few people want to implement it because it offends their ego.

On the 30th October…

Happy staff are productive staff and less likely to leave, and that in turn makes the company happy. Or it should! The cost of replacing staff is not only measured in recruitment fees, but in the billable time of line managers, loss of company IP, retraining and general company culture.…

How do you remember what you learn?

Maximising professional development is all about what you do with what you have learned. Knowledge, just sitting inside your head, very quickly dissipates, as the research proves.

What do people say about you? The pros and cons of stereotyping. The problem of stereotyping has been brought to my attention a couple of times this week.  Firstly, I’ve been doing assessor training for Graduate assessment centres, and one of the key topics we cover is the various biases that can impact how you rate candidates’ behaviours.  One of these is stereotyping.  We looked at this through the example of how you might (unconsciously)…

The Value of a Simple 'Thank You'

Recognising employees through a structured, well managed reward and recognition program is a great way to boost staff morale and motivation.

It is well known that highly engaged employees are those who find meaning in their work and whose efforts are recognised and rewarded with meaningful gifts. However, it’s important to value the power of a simple ‘thank you‘.

Whether it’s a smile,…

Claire asks, "what are the legal requirements of unpaid work?"

This week we spoke to Claire Boulton, Director of Threads and Style, an Australian online shopping and styling website for women. Last year Claire took the plunge by leaving her full time job behind to start researching and planning her dream online shopping site. Since its launch, Threads and Style has been hugely successful and has even made a profit in its first year of…

Motivate Your Team: 6 Tips For Managers

This article draws to a close my short theme about the most difficult situations managers have to face. In week one I wrote about How to make Managing Poor Performance Easy, week two was about tackling those Difficult conversations and week three about …

Is ‘Captainitis’ getting the better of you?

No one really likes to be challenged but it is sometimes very dangerous to have everyone around you agree with you.  If you don’t encourage your people to challenge you the results can be fatal . . .

Take for example the following exchange taken from the flight recorder of Air Florida flight 90 just before it fell into the icy Potomac River near Washington DC, in 1982.

Co-Pilot:  Let’s check the ice on those tops [wings] again since we’ve been sitting here a…

Caution: BYO Devices in the Workplace

With increasing demands being placed on employee's time and productivity levels in recent years, there is also a growing  trend for employees to be using their own personal electronic devices (such as smart phones, iPads  and so on)  as well as other electronic storage devices to enable them to juggle work commitments outside of the office - whether it be whilst working…

At the age of twelve my mother was a school drop-out.

The war in Greece had interrupted my mother’s education leaving her with the equivalent of a grade three education. During the war schools were closed and when the time came for her to resume her education she had commenced puberty. She was placed in a classroom of eight year olds and the children teased her about her maturing body. She refused to go back to school.

As an adult my mother lamented not having…