Is there a correlation between high engagement and high productivity levels?

Yesterday I was fortunate enough to attend a roundtable discussion with the Attorney General on the implementation of the model workplace health and safety legislation here in Queensland.

The roundtable was a good opportunity for stakeholders to provide their…

In your experience, what makes the best leaders in business?

“Although the goals in this book are important, it’s really your ideas, talent, and energy that will keep Valve shining in the years ahead. Thanks for being here. Let’s make great things.”

Valve, the company responsible for the ever-popular “Half Life”, “Portal” and digital shopfront, “Stream” has released their new employee handbook for public viewing. Read it here:  …

Everyone who reads this article is on a journey to old age. It is the golden thread - the one common denominator - that runs through our lives.

In the late 1960s in America and Australia, the civil rights movement won major battles over race and sex prejudice. Indigenous Australians were allowed to vote; in America, black people were no longer consigned to the back of the bus and women broke the chains of a sexual apartheid that kept them silent and shackled to the kitchen.

The Currency of Relationships

Our Managing Director and Chief Psychologist, Stephen Kohl, believes that since the Global Financial Crisis, people have been demanding more genuine engagement and service in business.

In the boom climate prior to late 2009, companies and organisations were prepared to spend much more on out-sourced services like recruitment, training, conferences and “extras”. Following the GFC, things have been leaner and…

Leadership Quality No 2 - Empowering by Detachment

Detachment can seem like a cold clinical state to be in.  People who are detached often don’t appear to be involved or engaged.  However in some instances, you have to detach in order to reframe your thinking, beliefs and way of being if your current way of attaching to a person, situation or belief is not serving you well.  This week’s article discusses when detaching can be healthy and the alternative healthy way of relating which can lead from detachment and empower you to lead yourself…

"Most potential teams can become real teams, but not without taking risks involving conflict, trust, interdependence, and hard work. For example, a common team purpose, set of performance goals, and approach rarely arise without conflict. Indeed, quite the contrary - the most successful teams recognise their members' conflicting views and experiences as a source of strength. Similarly, mutual accountability requires trust and interdependence, which usually do not grow…

Over the next 20 years or so, almost six million boomers, born between 1945-64, will enter a period life that their parents once called 'old age'.

This was a time of sunset reflections, tending the roses and wandering in the twilight Elysian Fields of dodgy memory. Advances in medical science and technology means baby boomer women can expect to live, on average, to 85 and men…

Create a culture of effective conversations in your workplace

I live in Melbourne and in my opinion Melbourne is at its best in autumn. The sun is shining, the air is cool and crisp and the trees are a sight to die for – lane ways of yellow, fire orange leaves glowing through the sun. For those that also live and work in Melbourne, you will know exactly the magic I am talking about and will be able to picture the story I am telling you – you’ve seen it, you’ve felt it, you get it! For those of you that have never been to…

What Do Employees Want? 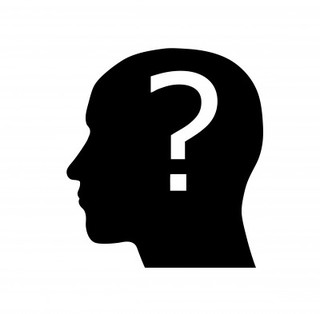 A new report by Randstad suggests that female and male employees have different priorities when considering a job role. While this may not come as a surprise, the strong divide of priorities is worth bearing in mind when thinking of recruitment and retainment. Meeting the needs of all employees will help to boost retention rates as well as encouraging the right kinds…

The low birth rates in the 1980s and 1990s, under funding of TAFE in those years and the relative disinterest by younger generations to learn a trade, means that the supply for skilled labour can’t keep up with demand.

The market is blind to appearances. The only colour that matters is the black ink written in the profit column of the spreadsheet, and in the current labour market, experience counts.

Older workers are working longer. Data from the Australian Bureau of Statistics…

Search Engine Optimisation (SEO) & Why it Helps to Be Human

Every organisation or individual can achieve a high rating on Google and the other search engines.

Here’s the other news:

You’ve got to be a good writer and like people, language and communication. You’ve got to work intelligently and…

Will the Real (and Successful) Performance Management Step Forward?

When I conduct leadership or management training programs I am always curious to see how participants define the term “Performance Management”.  Many have described “performance management” as needing to deal with staff when staff are under performing and need their performance managed. Some have even used the saying “putting them in the naughty corner”.

Imagine that your life as a leader is like taking an expedition across a vast, awesome and never ending mountain range.

You journey across all types of terrain and weather, with constant changes to the Expedition team and goals. Sometimes the expedition is incredibly inspiring, sometimes terrifying, often laborious but always continuing – through all…

Sometimes it's just easier to blame others and we all do it at times.  The problem is when we blame others, we disempower ourselves from our ability to get clear and do something to change our situation.  It was a lesson I learned harshly and firmly, but was one of the most empowering learning curves I've experienced.

Today in a couple of separate encounters, one with a 14 year old girl and the other a 40 year old man, I heard how they had recently…

When I start thinking about the term ‘tough conversations’, it brings to mind the movie  ‘Iron Lady’ with visions of Meryl Streep playing a very committed Margaret Thatcher taking stances on trade unions and driving through  violent riots. On reflection, I wonder if this is because the movie is so memorable, or because we’ve become programmed to expect a fight when we think of having ‘tough conversations’ in the workplace.

How to Motivate Your Staff 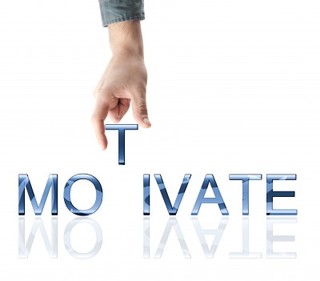 There are multiple, worldwide organisations which are solely dedicated to bringing results to businesses that are desperate to motivate their employees. Whether it’s in order to drive sales higher or improve customer service relationships, all corporate objectives can be linked back to the will to pump up motivation levels in staff, as this is where most of the success…

What Does Sport Teach Us?

Every 4 years, the Olympic Games bring sport into sharp focus across the world, and in most ways the Games are the highest expression of human sporting prowess and endeavour that we have.

Why do we participate in and honour sport so much, and what does it teach us about the rest of life and work?

The Olympic Games are a celebration of being human. They symbolise and encapsulate competition and…