How to make millennials stay long-term 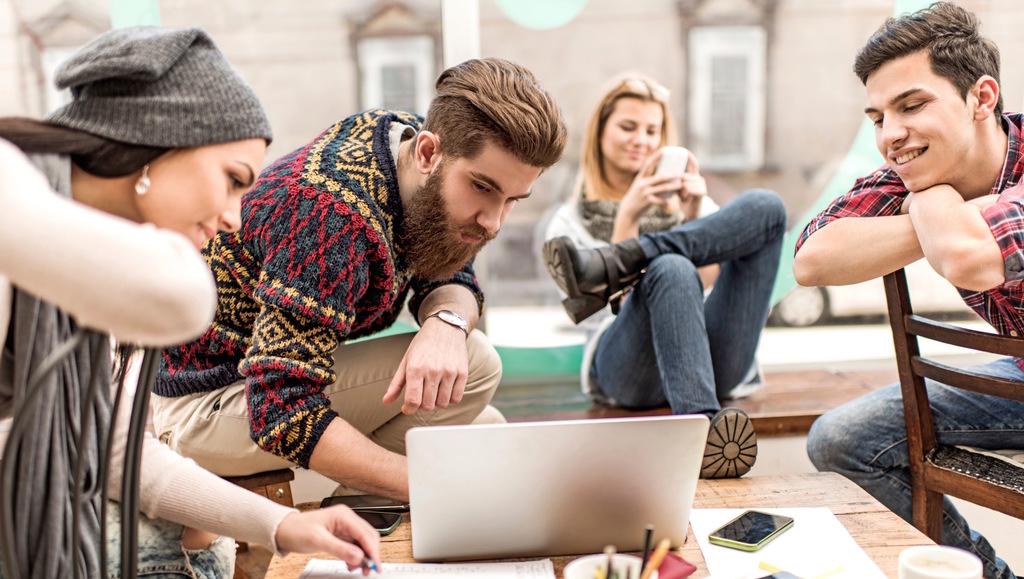 We know employee engagement is critical to retaining employees. And millennials are no different. Tons and tons of articles point to the “what” — What do I have to do to retain the millennial talent. What many of these articles fail to do, however, is provide the “how.” How do you keep this growing population of talent…

Whose responsibility is it to ensure staff are happy at work? We are all aware of the research that points to greater engagement of and productivity by staff if they are happy at work. But whose responsibility is it to ensure staff feel happy at work?

Much of the literature I have read on this topic seems to indicate it is the employer’s responsibility to provide a workplace in which employees can be happy.

In the book, ‘The Art of Happiness: A handbook for living’ the Dalai Lama stated:…

Why Australia's not part of Asia when it comes to HR

When it comes to business, Australians are often encouraged to think of themselves as part of the Asia-Pacific, and many global businesses take the same approach. They choose just one centre for the whole of the region - sometimes Sydney or Melbourne, but more often Hong Kong or Singapore - and in it they place almost all senior decision makers, including the highest ranking HR professionals. was inspired to write this post while watching a telecast of the 2016 Rio Olympic games. With a motto of “faster, higher, stronger” the Olympic movement is all about pushing people to their limits to see how well they can perform, thus separating the top .01% from the rest. At one level I admire that goal but at another level I am concerned that some organisations are using…

An Important Decision for the Labour Hire Industry

The Full Bench of the Fair Work Commission has found that an employee, Donald Pettifer (“Pettifer”), of a labour hire company, MODEC Management Services Pty Ltd (“MODEC”), no longer had the capacity to perform his position after MODEC complied with the host employer, BHP Billiton Petroleum Inc’s (“BHP”) direction to end Pettifer’s placement.

The Facts in Brief

The term ‘flexibility’ is no longer reserved for part-timers. Companies like Telstra, PwC, ANZ and Ten are aiming for the “All Roles Flex” approach, which lets all employees propose an alternative to the standard desk-bound 9 to 5.

The challenge of evaluation

No matter the context, be it your approach, being consistent or developing and maintaining a business strategy, evaluation are answers to:

>>> Are the objectives of the innovation or project appropriate to the wider organisation and the business  itself?

>>> Are the policies and plans appropriate to the wider organisation?

>>> Do the intended objectives and results confirm these assumptions…

Acknowledge suggestions, improvements and innovations from all colleagues - the best way to promote innovation

No matter how many variations you have placed on an innovative project or concept, listen to and acknowledge ideas and feedback from all colleagues.

There are always different suggestions, improvements, and innovations of others that not only assist you directly but can be the start of other holistic projects or changes.

It is important to discuss these openly and frequently as you will be surprised at the different suggestions you will receive, many of which you may…

In the recent case of Colin Wright v AGL Loy Lang, the full bench of the Fair Work Commission (FWC) was faced with an interesting conundrum – could the criminal law Pfitzner principle be legitimately applied to a civil…

Create a Culture to Achieve Goals

Although we work with clients to identify or change their workplace culture, we also talk to a lot of other business owners, managers and boards about workplace culture.  For some of them the benefits can take a lot of convincing.

I think most of those we talk to think business is good and it probably is, but it could be better, it can always be better and I am convinced that changing your workplace culture is part of…

Why engagement diminishes, and what you can do about it

An article from our Cultural Intelligence newsletter

If you promised a child a special treat in a week, like a visit to the zoo, or the circus, and the day prior you let the child know the trip wouldn’t be happening, you would predict the child would be extremely disappointed. It’s likely they were excited at the prospect of this special day, only to be let down.

So, for the sake of this…

Making your company a great place to work More than ever, companies are placing an emphasis on making their workplaces as great as possible to attract and retain top talent. Although perks, benefits, and flexibility are enough for some, the growing number of employees, particularly Millennials, require deeper, more meaningful incentives. Specifically, more and more…

Employers are obligated to comply with the Fair Work Act 2009 (Cth) (FW Act) when employing employees in Australia – including providing the minimum terms and conditions of employment as prescribed by the FW Act and an applicable modern award (if any) or enterprise agreement.

Oops I did it again! Costly spelling mistakes

It was reported in the news that an accounting firm was unsuccessful in its application to restrain its former partners from poaching and soliciting its clients after a spelling mistake in an email address meant critical correspondence was not received.

Who'd you hire? Clinton or Trump?

Here's a hypothetical for you: two Presidential candidates walk into the interview room for a job in a Sydney HR department. (At separate times, of course, we’re way past group assessments, especially for senior roles.) They present very differently, they communicate very differently and they promise to take your organisation down very different paths indeed.*

The question is, who gets the job? Do you back the steadiness and poise of Ms…

Logic says that a mentor should be more senior and experienced than their mentee or protege. But logic can sometimes be, well, wrong.

If you’ve ever been part of the mentoring process, you’ve probably already seen first-hand how skills gaps and opportunities to learn exist on both sides….

What is reverse mentoring?

Being able to define what’s important to the business is vital when it comes to workforce planning, because stakeholder support is the make-or-break factor for any initiative or program of work.

As different business units manage competing priorities, workforce planning teams are faced with multiple challenges in the context of influencing commercial outcomes – be it increased call volumes in the call centre, or technical capability with new software in the back office.

The best HR professionals I know have an aurora of calm around them and a super power like ability to glide through even the most stressful or complex situations. So what do they do differently?

In a word, they are mindful.

I personally went into HR as I wanted to help people. In 2012, I became a yoga teacher.  Since then I have been able to add a lot more skills to my professional HR career. I…

Do you know your long service leave requirements? Long service leave is a great incentive for employees to stay with a company for an extended period of time. Here is all the information you need to know about long service leave.

What is long service leave?

Long service leave (LSL) is given to an employee for a long period of continuous service with one employer. In most…