How are you managing talent shortage 2.0?

It’s an interesting question, and for forward looking employers, one worth exploring.

Many of our professional services clients who are looking to fill their business services and audit teams are now telling us that it’s really hard to find skilled people in this area – particularly at senior to management level. Despite bumps in business confidence, our take on this market is that actual demand for staff in these sectors is almost back to pre-GFC levels.

So why are negotiators failing to secure productivity gains during union negotiations? One simple answer, they are unaware that the Good Faith Bargaining door swings both ways.

So lets examine, in brief, a typical negotiation scenario. The union surveys its members for what they want as outcomes to the negotiations. The employer (if properly supported/advised) establishes a negotiation framework. This sets clear boundaries for their negotiators in terms of what productivity…

Three situations where coaching is a waste of time

Have you ever looked at someone you’re coaching – either a team member or a client – and  felt you just weren’t getting anywhere? 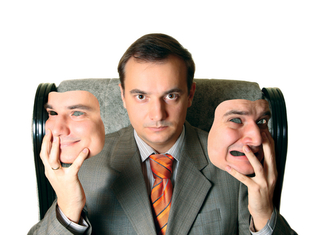 What is it that gives us that uncomfortable feeling?  Looking back over my experiences, there seem to be three main factors at play when coaching just isn’t going to work:

The search for talent is evolving ….are you considering the bigger picture? Over the past few weeks I have met some amazing talent through my networks.  These people are not active job seekers trawling the papers and websites looking for their next move – they are successful business people in their own disciplines who are open to being "shoulder tapped" for the right opportunity with the right…

Right of Entry requirements under the Fair Work Act

There seems to be a growing number of instances where HR Consultants/Advisors and Managers are confused about the minimum requirements for the provision of a Right Of Entry Notification under the Fair Work Act, allowing unions to gain access with non-compliant notifications.

There are a number of instances where union officials can exercise their right of entry, the most common being entry to hold discussions with employees who are members of the union under the unions…

In the novel, A Prayer for Owen Meany by Amercian novelist John Irving, famous for writing The World According to Garp, the central character Owen Meany spends his whole life preparing for one…

Hazard reduction, backburning or putting out fires? How do you manage?

As we experience our first bushfires of the season in the Blue Mountains, I think there’s a good analogy between the practices above and how managers behave. 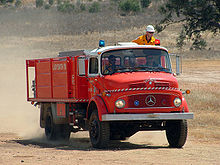 Hazard reduction is the practice of burning, clearing and other practices done in advance of the fire season with the aim of reducing the impact of any future fires.  Back burning is when a fire is…

With the recent media reports around the rapidly decreasing level of productivity in australian businesses, and employer associations focused on unproductive political lobbying to have the Fair Work Act changed, one question springs to mind. Why are employers so afraid of IFA's?

The intent around the use of IFA's is to allow the employee in essence to not only request, but to have a meaningful discussion around changing certain conditions of employment to facilitate a better…

Leadership and Life’s Little Luxuries: Are you rubbing your employees’ noses in it?

Last week I received a call from prospective client who was struggling with a high staff turnover. He pleaded with me to help him stem the outflow. He is a small manufacturer that sells his products largely through distributors. I arranged to visit his offices in the Eastern suburbs the next day.

As I pulled into his carpark it wasn’t hard to spot his Porsche parked next to the front door. Upon entering the building it looked as though the premises hadn’t been renovated since… 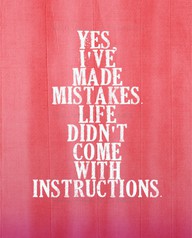 A few months ago, one of my staff members rang me in a panic.  She had stuffed up. Big time.  She had accidentally hit reply to an email instead of forward to an internal colleague.  The content of the message was…well let’s say, pretty direct and used a few “internal” jargons referring to the sender of the email and instead it went to…

How to beat workplace bullying.....

There are various definitions of workplace bullying, but for those who are uncertain, it can be described simply as “the repeated, less favourable treatment of a person by another or others in the workplace, which may be considered unreasonable and inappropriate workplace practice.”

Now that I’ve got the definition out of the way I’ll scare you a little more.

There would not be a business in Australia that at some stage has not had a workplace bullying incident.

Employers must defend Productivity Gains....So where has the Good Faith gone?

One of the regularly highlighted weaknesses of the Fair Work Act 2009 is the trade unions ability to impose work bans for indefinite periods in pursuit of unsustainable improvements to wages and conditions, without the necessity for any productivity improvements being offered to the employer as an offset.

Unions bargaining around the country continue to reject acceptable wages increases averaging 3-4%. This has been an acceptable and sustainable percentage wage increase across a…

How to Spot an Original Thinker

Original thinkers who drive innovation, adaptability and problem solving are highly valuable and sought-after, so if organisations were able to identify and encourage original thinkers they would have a huge advantage in the marketplace.

Can you spot an original thinker? Dr. Mark Batey, of Manchester University’s Manchester Business School, believes you can.

In a recently produced MBS…

Countering the counter offer - do they really work?

Ok, here at EnigmaHR we want to tell it like it is.

Can throwing a bucket full of money at a departing employee really keep them?  Intuitively we don’t think so. Our experience tells us the same thing. It takes a lot to leave a company, even if it’s one you dislike.

If an employee is genuine about moving on, and not just on a fishing expedition for more cash, a counter offer may well come too late. If you’re a manager and they are in your office with a letter,…

We talk of ‘leadership’ but seldom know what we mean since we don’t specify a process. Here is one process I’ve created for leaders to maintain focus called Ric’s Ticks:

Feedback evaluations are nearly always done poorly because most are implemented by people who just buy an off-the-shelf product thinking that one size fits all.

You don’t begin with questions. You begin with what information you’re seeking to learn and validate. Then you back into the questions. The information that you seek has to be tangible and verifiable for it to be worthwhile…

All too often, both employers and employees, think that Performance Management is a disciplinary tool by which to rule over all. Well it isn’t. Yes in some instances Performance Management can, and must, be used to correct inappropriate behavior, or under-performance, but generally it should be seen and used as a way to energize employees, improve productivity, and improve the culture of the workplace.

Now exactly what is Performance Management? Simply put it is an…