The Untapped Potential of Employee Referrals

Learn how to find great candidates, quicker and save thousands!!

When I talk to businesses about their candidate sourcing strategies, the most common answers I get back include ‘’we posted an ad on Seek” or “we engaged a recruitment agency.” Very often, these answers are followed with “we did not get great results” or “it took us such a long time to recruit”.  I always follow these up with, “did you ask…

“Myers Briggs Type Indicator (MBTI) is one of the most popular and respected personality type tools in the world.  It is a personality type tool which is based on research by the renowned psychologist Carl Jung.  The tool, helps people easily understand why differences arise at home and in the workplace.  It is an easy to understand framework which helps to build relationships and teams”

One of the principles of Jung’s model, “Psychological Types” developed in 1921, was each person…

Gamblers Vs Visionaries - Which is your organisation?

The past couple of years there have been some high profile cases on the industrial front. Cases involving David Jones and others including Airservices…

I preface this insight with the fact that I am a prolific user of the iPod, Iphone, Ipad, kindle and any other mobile device which has been designed to impart information.

An outsider's insightful view of HR

Attending HRIZON this week I enjoyed the welcoming message of Wurundjeri Elder Aunty Diane Kerr, a descendant of the traditional owners of Melbourne.

Despite only recently learning that "HR people…

I am a new HR Professional. Why should I write a blog ?

I don’t know how to start? I think it’s too tough?  Or time consuming?  These were all the questions which popped into my mind whenever I thought about writing my own blog. Instead of thinking why we should write a blog? Let’s think over why we shouldn’t hesitate to write it. People are usually willing to write and start their own blog but most of the time they stop dead due to below mentioned reasons:…

Power2Motivate will be at the HRIZON 14th World HR Congress

Power2Motivate is proud to be attending the HRIZON 14th World HR Congress in Melbourne this week from 25-27th September.

The roll call of speakers is impressive and we look forward to being part of such a fantastic event, speakers include:

“The leaders who work most effectively, it seems to me, never say ‘I’. And that’s not because they have trained themselves not to say ‘I’. They don’t think ‘I’. They think ‘we’; they think ‘team’. They understand their job to be to make the team function. They accept responsibility and don’t sidestep it, but ‘we’ get the credit…. This is what creates trust, what…

In-house recruiters for large organisations are responsible for hiring technical talent, but they often struggle to find candidates with specific skills.

The Bullhorn 2012 Staffing and Recruitment Trends Report for Asia-Pacific has found that specialist recruiters will play a bigger role in a more competitive candidate market.

Both highly skilled candidates and employers get the best outcome when in-house recruiters partner with specialist recruiters.

Are you going to HRIZON?

The 14th World Human Resource Congress (HRIZON) is on in Melbourne this week, and I'm excited to be attending.

I'll be adding my coverage of the event to HR Daily from Thursday, but I'd love to see some HR Daily Community members blogging about the sessions here as well. Whether you just share a few quotes or write…

Social recruiting must be about engagement

To strengthen the value of networks on Twitter, Facebook and LinkedIn, recruiters should offer more than job opportunities, and aim to…

Tournaments & Bullying in the Workplace

Recently a Nurse Ms Toni Hoffman, raised concerns about Mr. Jayant Patel the surgeon now known as ‘Dr Death’. She claimed she was marginalised and nobody took her complaints of workplace bullying seriously until she went to the media. In a recent Financial Review article, Psychologist Evelyn Field suggested, “this is a classic example of how dangerous bullying and organisational dysfunction can…

Many of our professional clients ask us for advice on how to negotiate a pay rise.

It is one of those topical areas that everybody is interested in but no-one seems to talk about. 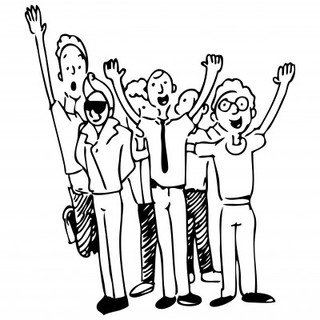 Create a working environment and a team ethic that encourages your employees to take on emotional ownership of the business, as if it is their own. This way, their behaviour makes them accountable for their role and the passion they… Despite the Federal Government’s latest paid parental leave scheme that began over 18 months ago “Australian fathers are shunning the chance to be MR Mum on the public pursue.”

A study conducted by the… When I was a student, Career Development was not a topic I ever heard discussed. My school had a careers advisor and that person would, so it seemed to me, review a student's subject results and then recommend a likely job or profession.

In 1980's Hobart, my recollection of the options were something like, depending upon your subjects and marks, one of; Lawyer, Accountant, Scientist, Teacher, Nurse, Tradie, Architect, Engineer, Secretary or Public Servant'. The creative types were…