Australia should be proud of its high quality HR talent.  The Australian HR community is now represented around the world.
Today’s Postcard is from ex-pat Australian, Rick Watt, who is a HRD based in Seattle.
…

Have you ever felt frustrated when try to look for some data on Google? Pages of relevant websites but none can fulfill your expectation? Have you ever felt that your articles are less persuasive without data support?

Let’s put this article on your favorite list, the most comprehensive guide of data sources, including General Data, …

TED (Technology, Entertainment, Design) is a nonprofit global community that has been committed to the spread of creative ideas in the form of short but powerful talks since 1984. The talks cover all kinds of topics from science to business to global issues in more than 100 languages as TED welcomes people from every discipline and culture.

TED site rolls out videos all the time and there are more than 2500 videos now. If you are pressed for time, here are 7 must see TED talks about…

Staring into the eyes of a hardworking, loyal employee and breaking the news of their redundancy would have to be one of the most difficult parts of a HR professional’s job. That is why the topic of outplacement is so important, it is the last act a HR professional can do for an employee in need, and often the last memory a transitioning employee will take with them when they leave.

When it’s done right, it can have incredible results for both the company and a transitioning employee…

For example, being ignored, or made an outcast in any situation - 'sent to Coventry' - can be highly distressing. This insidious brand of social bullying unfortunately arises in…

How Video Communication Can Build a Remote Working Culture

The traditional Australian workplace has yet to fully comprehend the scale of change that technology will and is already changing the way we work.

According to hiring sentiment data, 68% of recruiters and 53% of employer’s report that job candidates expect to work remotely ‘somewhat often’ to ‘very often’. Over half of the surveyed candidates say that having an option…

This Is Me – How to Help Your Team Know You Better

Understanding how team members operate is the key to high-performance teamwork. But it can take some time (and painful trial and error) before you really know what makes each person tick. Through the work we do with managers and teams, we’ve developed a practical shortcut that helps people get to know each other quickly. It’s a simple and highly effective exercise we call, ‘This is me’. You can …

A Reflection on an Employee’s Experience of Conflict

Why I am in conflict with you…

I am in conflict with you because I don’t trust you.

I don’t trust you because you have done and said things that contradict what I think is acceptable.

Behaviours (actions and comments) that I find acceptable are ones which:

How will your workplace start 2018?

Have you ever been on the receiving end of that expression?

Those interested in the workings of the brain will already be aware of the need many of us humans have for perceived fairness.  Interestingly, perceiving an injustice is a common trigger for anger both in and out of the workplace.  It’s not fair!

If a Leader expects certain things from their team members, but isn’t willing to include themselves, is that fair?  It…

Are shorter attention spans hampering your best efforts In L&D? 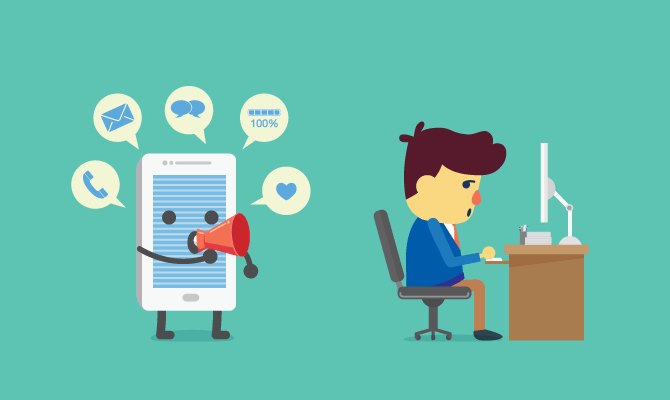 “According to scientists, the age of smartphones has left humans with such a short attention span even a goldfish can hold a thought for longer” The Daily Telegraph, 2015

We know this, right? We’ve read the…

Grooming, or an Error in Judgment?

No employer likes to think that one of their staff members might deal inappropriately with a client, or even could possibly commit a criminal act. But all employers need to be aware of the potential for professional boundaries to be crossed in these ways. This is particularly important for organisations that work directly with vulnerable members of society, including children, the elderly, and the disabled …

Get Your HR Processes Sorted With These 4 Easy HR Hacks

If the business you work in is anything like other small businesses, then your role of office manager means you handle just about anything! So, along with managing office supplies, equipment, recordkeeping, furniture and reception, you’re also the de-facto HR manager in charge of all the HR processes.

And because of the enormous number of HR issues that can play out each and every day, this area probably tests your incredible…

Part 3: End of the line – Older workers and discrimination on termination of employment

At the other end of the…

Knowing your customers and planning around them is only part of mitigating risk and with Baby Boomers exiting the workforce, Millennials are on the rise and work as we know it is evolving beyond expectations.

By 2020, Millennials will account for over half of the world’s workforce and in most sectors, workforce planning will need to be in place to transfer vital knowledge before it is lost. Priorities have changed and what was important 10 years ago in regards to…
Continue

Why does your organisation need Anti Bullying Training?

Part 2: Just Google it – Age discrimination and technology in the workplace

In the modern day workplace, employers are becoming increasingly reliant on computer systems and introducing new forms of technology and equipment to increase productivity and output. It is often therefore a requirement that employees be proficient in certain computer programs or, at least, that they undergo training to become proficient.…

Part 1: Selfie time – Video “Snaplications” and the potential for age discrimination in recruitment

We’ve all heard of “blind” recruiting, particularly in the early phases of the recruitment process, but what about the opposite? Actively recruiting based on a visual medium? Look no further than the “Snaplication.”

It’s pretty simple, really: If you find disparity in pay among employees who have the same level experience and perform the same job, get rid of that disparity. You might not be able to flip a switch, but it’s not rocket science either.

Businesses can commit to be part of the Workplace Gender Equality Agency’s annual public reporting, as one step on the road to becoming an Employer of Choice for Gender…

There are certain times of the year that people get the impetus to examine their careers and career goals to see if they’re on track. They may be reflecting on what they have accomplished in their current role. They might be asking how the current role or job they have in their organisation fits with who they are. They may also be wondering whether they are fulfilled and on the path that will lead them where they ultimately want to go in both career and…