Are you serious about delivering results?

“If you are not measuring it, you are telling people that you are not serious about delivering it.”  When I heard this quote at a conference it sent a ripple of unrest and shuffling through the audience and a lively debate ensued.  What are you actually measuring in your business?  What are you doing with the data?  Is it creating the behaviours and results you want?

Measurement can be a double-edged sword, get it right and you will have razor sharp information that drives success,…

Driving business success beyond a project

Projects end. Business does not.

It doesn’t matter what the project is, eventually they all come to an end - the date comes around where completion has been reached. However, during any project behaviour must change to recognise success. The return on investment (ROI) for the project is calculated on the improvement in business performance as outlined in the project charter and measured against the investments made as part of the project.

There are two main goals which…

Just as businesses thought they were getting the hang of the Fair Work Act, the Queensland Government has stirred up the pot by announcing a review of industrial relations arrangements.

Exit interview and what to ask?

So, it’s interesting when we look at some client’s exit data.

We notice that there are certain times of the year when turnover increases.

Like the hospital chain in Melbourne. Do you know when most of their nurses resign?

Ever had winter in Melbourne?

Much better to head to Europe or Asia for a few months. 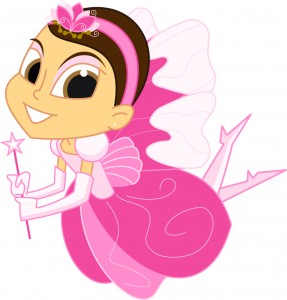 What's really required in a role?

Recently I had an interesting issue where a client (lets’ call him Harry) was having trouble recruiting for a key position that is often mis-understood; the role of ‘Office Manager’.   It’s amazing how many different job descriptions I have seen for this role!  Ranging from mainly acting as an accountant, to being responsible for Marketing the business.   As you know, these are vastly different roles and require quite different characteristics, skills and traits.

Harry is a classic…

For me it's a general feeling of calm which envelops surrounding streets like no other time of year.

No promotion affecting your employee retention?

So, sometimes we’re responsible for looking at clients’ resignation histories to find out what’s really going on with employee retention. Are there certain times of the year that encourage people to quit? Are there certain employee groups who leave more than others?

One thing that we see in many organisations is the loss of staff at around the 3 year tenure level. This group is really valuable to most organisations because the employee is now skilled and…

Dear EI,
I own and manage a pub on the coast, I have a team…

What Happens When You Trust Your Employees

Two years ago when I worked in a large corporate, I had an outrageous idea that risked $25 million in sales revenue completely on the trust of our front-line employees. It was so phenomenally successful that it got me thinking that trust itself might be the new business currency:

The Background
When our long-standing sales manager announced her impending maternity leave, it left me with a decision to make on how to drive sales for a year without her. Conventional…

Nostalgia isn't what it used to be

Sentimental reflections on the workplace of  nearly 50 years ago.  The workplace was rather different then:-