In this post, we want to share with you our 5 favourite leadership practices that we’ve shared or discovered in the past 12 months. These have worked for hundreds of leaders during the past year, including us, especially those who practiced and made them their own. They found ways to incorporate these into their day to day life that were authentic and appropriate for them.

Start by having regular…

Anybody who’s delivered Induction programmes before will know that, far too often, they’re packed full of content that new starters couldn’t possibly remember.

Organisations seem intent on overwhelming new starters with everything they need them to know on Day One:

Below is a sample of some feedback received from a participant in a Resilience and Wellbeing workshop we conducted at their place of work. Knowing the impact it has on workplace harmony, we decided to create a resource that other readers could use (see below for details).…

A Modern Problem: The Face of Workplace Bullying in 2017

Workplace bullying comes at a high price for Australian businesses and employees, costing billions and leaving a trail of physical and mental health issues in its wake.

Even though employers are becoming increasingly conscious about bullying and most have anti-bullying policies in place, it is still very prevalent in 2017.

We take a look at what types of behaviour…

The 3 Keys to Executive Presence for People Leaders

‘Executive presence’. We hear the term a lot, particularly in leadership circles. But what exactly is executive presence? And how does one develop it? At People Leaders, we refer to those with executive presence as having an authentic, confident and poised sense of self that makes a positive impression. In this post (and this podcast) we've boiled down the…

Why Human Resources Is Still So Relevant For both a small business and large multinational corporations, the function of human resources is far more than processing payroll and hiring people. Human resources function is as essential as any aspect of the business when it comes to strategy. Additionally, any employee centred activities in the organisation rely on human resources.  So, why is human resources… 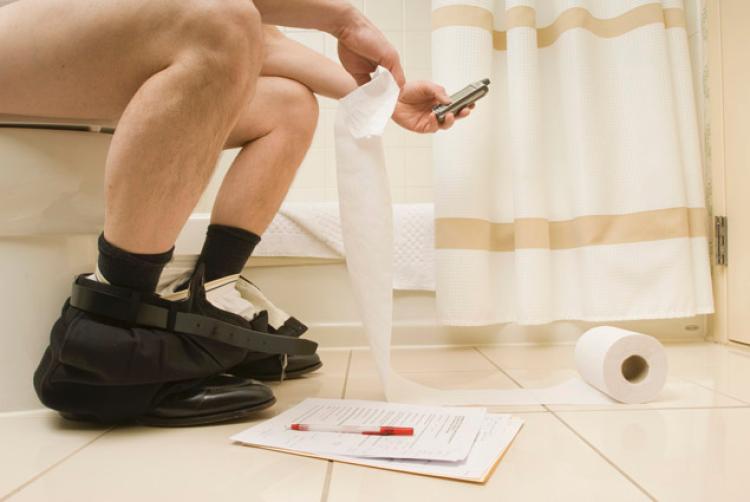 Ok. So a few months ago I was interviewing a witness in an investigation over the phone. We’d been speaking for about 30 minutes and I only had a few more questions to ask when I realised he was talking to me whilst on the toilet. No, I wasn’t imagining it. You can hear when someone has stepped into a small space – the sounds just vibrates differently. But there were…

Five ways to keep employees engaged over the festive period

Let's face it – it's that time of year when the office runs on skeleton staff, people are distracted by all the festive fun and coming to work can be the last thing on an employee’s priority list.

So, how can your office beat the silly season slump?

Online Education Services (OES) is passionate about having a highly-engaged workforce, no matter what time of year. We believe that when our employees feel connected to what they’re doing, they will naturally perform…

To manage people in fast-growing small businesses like yours, you need to streamline all areas of HR administration - which would be hard to do without HR software. But how much will an all-in-one system cost your business?…

Can Workplace Culture Be A Significant Contributing Factor To Chronic Illness In Senior Leaders?

Can workplace culture be a significant contributing factor to chronic illness in senior leaders? The culture dictates the story that must be played out and each staff member has a role to play in that story. The senior leader must be decisive, highly resilient and infallible and set an example of strength for all to follow.

How to prepare for restructure and redundancy in the year ahead

As the planning stages of a new year commence, many management teams will be faced with the decision to restructure their organisation to better manage downturn or accelerate growth.

If your organisation falls into this category, now is the time to start preparing your business for change – even if it is still months away. How can you ensure you have a successful restructure and your team has a smooth career transition next year? These four tips will get you…

How to Develop an Effective Employee Credit Card Policy Small and large businesses are doing everything they can to minimise expenses in the hope of cutting total costs and increasing profits. Typically, expenses related to employee travel and purchases are areas where changes can be implemented quickly. One of the simplest ways to reduce unnecessary spending is to create an employee credit card policy. A company that lays…

Working well in a team can often be the difference between project failure and success. One way to increase team cohesion is to develop a team charter that details how the team will work together to get the best result. This simple yet instrumental document encourages members to discuss and agree on how best to coordinate efforts towards their shared goal. It sets out expectations for behaviour and provides a framework for how the team will operate. To get your new team off on the right…

Send me your location: Use of GPS devices in the workplace

Most workplaces utilise some form of surveillance, the most obvious of which is monitoring the use of email and internet. Surveillance can also extend to the use of GPS tracking in company vehicles or the use of location services in devices, like mobile phones or tablets.

The use of GPS trackers in vehicles and devices is most common in roles where employees work away from a desk, at multiple different locations throughout the day – like couriers or delivery drivers, tradespersons or…

It is almost undisputed that the majority of Australian workers are spending more of their time at the workplace. It is therefore unsurprising that employees and employers are becoming more concerned with the quality of the time that employees spend at work and the relationships they have with their co-workers.

As a result, there has been an increased focus by employers on establishing a positive “workplace culture” through employer-sponsored social events and team-building activities…

There is no doubt that social media has changed workplace relations. It has impacted the employment relationship and the relationships employees have with each other.

Throughout 2017 the courts, the tribunals and employers more generally have continued to iron out the wrinkles in how they deal with social media in the workplace.

In this blog, we look back on some of the more interesting social media cases from the year that was 2017.

A bird, a bus and a bruised (but not broken) employment relationship: Remedies for unfair dismissal applications

There are two remedies available to an employee claiming unfair dismissal under the Fair Work Act 2009 (Cth) (FW Act) – reinstatement (with any required back-pay) and compensation.

Section 390 of the FW Act makes it clear that reinstatement will be the primary remedy and that the Fair Work Commission (FWC) must not make an order for compensation unless it is satisfied that reinstatement of the person is inappropriate.

The case concerned only three underpaid employees but resulted in more than $510,000 in penalties for contraventions of the Fair Work Act 2009 (Cth) (FW Act).

All three employees were Taiwanese…

Captain Underpants: Undies protest not industrial action – so what is?

A national campaign with the slogan #SaveDave, which took the dismissal of a union representative employee all the way to the Fair Work Commission (FWC), has highlighted to employers the importance of recognising what is, and what is not, industrial action.

What is industrial action?

The regulation of industrial action set out in the Fair Work Act 2009 (Cth) (FW Act) is limited, in large part, to…