The 8 Performance Myths Holding Organisations Back from Optimal Performance Performance management is a hot topic; it has been for some time. Managers universally want to know what can be done to escalate company performance. What are the secrets, shortcuts, and strategies? Where do I begin? Employers and their managers all want answers to these and other performance questions. They…

The Number One Secret to Staff Retention

We've all seen the surveys on what the employee wants from their work. Free massages, free gym memberships, trinkets, opportunities for working…

The 8 Values of Highly Productive Companies

There are eight values critically important for developing an agile, productive organisation purpose built for the twenty-first century. Each of these values are shared by employees and management. What are these values? And how can they be cultivated in a business?

As we've known for some time, culture is the key; having the right workplace culture is…

The 8 Problems with Appraisals

I surveyed 1,400 HR managers in Australia, New Zealand and South-east Asia and the results confirmed to me the need to get rid of the performance review. 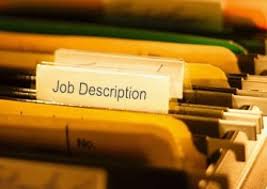 The Four Strategies to Influence

18 Powerful Ideas to Reward Your Team

Is an employer of choice myth or reality?

Imagine for a moment if you have a million prospective employees knocking on your door for a job every single year. Surveys show that most people…

Attracting and Retaining Talent: Becoming and Employer of Choice

The Eight Values of an Employer of Choice

Every organisation these days - big or small - wants to become an employer of choice. Many claim they are and in reality few can be considered as such.

In today’s skills' short marketplace, many employers are adopting an employer of choice …

Being human is common for human beings

The 8 problems with the performance review

In my last book - The End of the Performance Review: A New Approach to Appraising Employee Performance, I discuss the eight biggest problems with the traditional performance review. These eight pitfalls came from my extensive research of 1,200 HR managers across 21 industries and seven countries.

The problem with most surveys

Appraisals are often a monologue rather than a dialogue

The concept of the formal appraisal is based on a power relationship; that is, the manager has the upper hand. He or she has a greater say in the appraisal of the staff member. The employee usually has a say, but it is often in response to the manager’s observations. It is an appraisal,…

Are performance reviews a form of workplace bullying?

The performance review is potentially a form of workplace bullying. It is an artefact of the "them and us" employment relationship of the last century.

According to the ever reliable Oxford dictionary, a bully is someone "who uses strength or influence to harm or intimidate those who are weaker". Do managers ever use their hierarchical power to intimidate employees?…

If we are trying to develop teamwork in our workplaces, why do we rate people at performance appraisals? John is a 'three' out of five and Mary a 'five' for report writing.  Isn't it more…