Are you unconsciously entrenching resistance to change in your team? 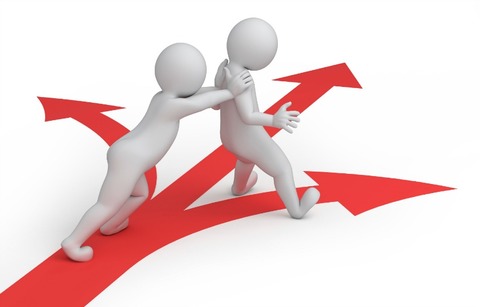 One of the issues that is repeatedly raised with me by leaders is how to "deal" with change resistant team members.

Some of the first questions I ask them are "How are you framing or positioning the initiatives to your team members?" and "What aspects of the initiatives are they perceived to be resisting?"

I often find based on the responses I receive to those questions, that leaders have been unconsciously framing their initiatives in such a way that it sets themselves and their team members up for issues. So let's explore some of the potential contributing factors that may be entrenching resistant behaviours and attitudes in teams.

When leaders refer to an initiative as "The change" they have turned the verb "change" into a noun, "the change". When they do this they have unconsciously transformed the process of changing into a "thing". Change is not a real "thing", it is a process, as such there is no THING to resist as it is a series of processes we are initiating within the business. Therefore people aren't resisting "The change", they are resisting some aspects of the process of changing and potentially not every aspect of it either.

To help unfreeze people's thinking about what you are initiating, use the verb form rather than the noun. This can be done quite simply by adding an "-ing" to the end of a word.

For example: "We are changing a number of our processes.", "We are implementing a group wide policy.", "We will be creating new positions."

Another advantage of adding "-ing" to your nouns, beyond turning them into verbs, is the subtle implication that the processes will be ongoing. Many leaders refer to "The change" and unconsciously imply a starting point and an end point. For instance "Once we're through the change it will be business as usual.". If you want to minimise the chances of your people resisting future changes, then avoid implying that at some point in time the business will stop growing, evolving and adapting.

Think of whatever you're doing in the business as a never ending story and keep behaving and talking as if your organisation will continue growing, changing, adapting, evolving, testing and transforming beyond this point in time.

Referring to what is changing as "The change" also presupposes that it is THE only change that is occurring. Leader's who talk in this way, unconsciously lump everything that is changing into a singular event that occurs in isolation to other adjustments that are being made in the organisation.

The truth is your organisation is an interdependent ecosystem of people, processes, procedures, policies, systems and frameworks. Adjustments that are made to one or more of these elements is bound to have knock on effects. Some may be subtle and others more overt, but there will be consequences for any adjustments made in this complex ecosystem.

By continually messaging that there are numerous elements that are changing and that there will be ongoing effects from making these adjustments; leaders encourage their people to think beyond the most obvious changes resulting from the process.

There is an additional benefit of referring to the various elements of an initiative that are changing. Doing so enables the leader to coach team members on the specific elements or processes that they may be resisting. Rather than seeing "The change" as being a singular "thing" and something to resist in total, the team member may now be able to point to a specific aspect they are resisting and other aspects that they are aligned with.

Stop thinking of resistance as a static process.

Lastly, stop labeling people as resistant and a problem that you have to deal with. Labeling people in this way is rarely useful and often encourages leaders to model resistant behaviours in return. Remember that people are in the active process of resisting and therefore it is a dynamic process. If you've ever tried to resist something for an extended period of time, then you would know how much effort, energy and commitment it takes. As a coach, I prefer to think of them as currently committing to resisting rather than resisting commitment. If we view their commitment to their cause as a positive behaviour then we can potentially orientate that behaviour in a mutually beneficial direction. The key words here are mutually beneficial. If people are resisting, then it is feedback for the leader that there are higher order needs that aren't being met yet.

To work towards a mutually beneficial outcome, spend time coaching your people and working with them, rather than "dealing" with them. This will generally yield positive results for the leader - team member relationship, as you learn more about what their fears, uncertainties and doubts are as well as what their hopes, aspirations and dreams might be. Through the coaching process you can invite and entice them to explore and embrace what is changing rather than pushing and directing them which will further entrench resistant behaviour. Employee displayed "all of the traits of an anti-vaxxer": FWC