How to Deal with Passive-Aggressive People 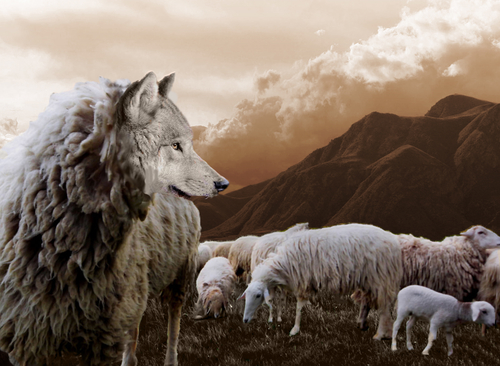 We all know them; passive aggressive people.

It is that colleague who in meetings always rolls his eyes, makes snide comments and refuses to engage in any way, shape or form.

Or the co-worker who murmurs under her breath: ‘yeah, yeah, been there, done that, why are we reinventing the wheel’, and when asked to repeat out loud says: ‘never mind’ and goes in silent mode until the next agenda point comes up that makes her murmur again.

Or that stakeholder who, under the disguise of ‘humour’, makes a horrible comment in front of an audience that completely throws you off guard.

It may not surprise you that in my line of work, I come across a fair share of people who have a tendency to behave in a passive aggressive way.

You probably assume that I pretty much dislike these people.

Actually, the opposite is true.

I see these people as ‘wounded souls’ and therefore try to hold my judgement. Let me explain.

For me that description has strong associations.

In my former life, when I worked on prosecuting war criminals in Bosnia and Herzegovina, the siege of Sarajevo often was vividly described by witnesses. During a period of 4 years more than 10.000 people were killed by snipers in Sarajevo, a city situated in a large valley.

Snipers were strategically located on the hills that surrounded Sarajevo. Anyone (men, women or children) who went out to play, find food, see family or just try to live their life had a fair chance to be instantly killed from a distance by snipers that you could not spot.

It was an awful, sneaky way to attack and kill people.

Returning to the relatively safety of the workplace, ‘snipers’ can be pretty damaging as well.

They come in disguise like a wolf in sheep clothes and pretend to be innocent and cooperative but are in fact not. And this non-cooperation can take many forms.

Once I was given a mind baffling example of specific passive aggressive behaviour.

A leader told me that one particular employee refused to sit opposite of her during 1 on 1 meetings.

The employee would make an effort to turn her chair around and would then face her leader with her back and would stay put like this all through the meeting so that the leader had to talk to her back!

Yeah, I know this sounds too crazy but it is a true story and the employee was a professional mature, well-paid person (so was the leader by the way).

So why do I see these people as wounded souls who need empathy?

Because it is so obvious that they are not happy but instead of discussing their needs they roll their eyes, turn their chairs, make sarcastic comments etc.

They are hiding and deep down they know that this is not a very courageous thing to do.

So how do you deal with passive aggressive people?

I know it may be a big ask but if you reframe the way you look at a passive- aggressive person as a ‘wounded soul’ who feels unheard, you hold the key to engaging with that person in a much better way.

I would love for you to try these tips and let me know how you go.

You know as a leader your authority depend on how you approach passive-aggressive persons. If you let them get away with their behavior you set a bad precedence for your other staff.

would like to gain some strategies how to specifically deal with passive-aggressive or other difficult people, please hit the reply button or give me a call. You can find my contact details on my website.