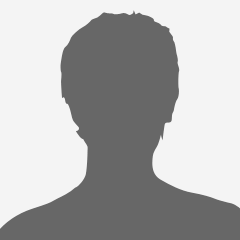 Recent research commissioned by Perkbox, Europe’s fastest growing employee experience platform, ahead of Valentine’s day, has found that over a quarter of working Brits admit they are ‘married to their job’, with 45 per cent habitually working outside of their contracted hours for over an hour a day everyday, including weekends.

The research, which polled 2,000 employed UK adults, has found that one in 10 Brits have seen their relationship fall apart due to their dedication to their jobs and nearly a quarter admit having to cancel plans such as date nights and birthdays as a result of it. In fact, three in 10 say they feel like they’re always at work, even when they’re at home.

Fifty-two per cent believe this is linked to new technologies allowing us, for instance, to check emails on our phones. Seven in 10 admit being contacted outside of working hours via either text, email or phone for work-related matters and a quarter go as far as saying they spend more time messaging bosses and colleagues than their own friends.

When asked why they put these extra hours, more than half say it’s simply because they have too much work. However, a quarter feel they’re being pressured by their boss, and an additional 18 per cent feel they might lose their job otherwise. They’ll do things such as checking work emails (23 per cent), admin (40 per cent) and preparing reports (25 per cent) outside of working hours. This has had severe implications on their wellbeing. Of those polled, working these extra hours has impacted their health (28 per cent), their family life (26 per cent), their relationship with their partner (18 per cent), their general day-to-day mood (36 per cent) and their levels of stress (41 per cent). Three in 10 feel like they’re regularly being kept up at night thinking about work.

Chieu Cao, Co-founder of Perkbox says: “With Valentine’s Day fast approaching, these findings serve as a stark reminder about priorities and how new technologies, whilst providing many benefits, are also blurring the lines between our private and professional lives. As employers, we need to start managing people based on their outputs rather than hours worked, leading by example and empowering teams to make their own decisions. Our objective should no longer be keeping employees engaged at work, it should be catering for their entire employee experience, so they feel fulfilled inside and outside of it.”

For a fifth, overworking means not taking all their allocated annual leave, impacting their social life (33 per cent), their energy levels (40 per cent), and even their diet (26 per cent).

It might now be less surprising to know that, according to this research, a third of Brits have left a job because of being ‘forced’ to work too much.