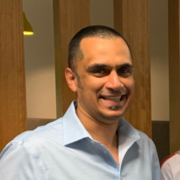 “You shall not pass!” Jurisdictional objections in unfair dismissal claims

When an employer receives notice from the Fair Work Commission (FWC) of an unfair dismissal claim, the first question they should ask is – does the FWC have jurisdiction to hear the matter?

There are numerous circumstances in which the FWC may not have jurisdiction and/or in which an applicant may not be eligible to make a claim to the FWC. They can be one or a combination of the following:

Where an employer elects to raise a jurisdictional objection, the FWC will either:

a)    Require competing submissions on the objection and then determine the issue either on the papers or at a separate  hearing prior to dealing with the substantive application; or,

b)   Deal with the jurisdictional objection at the same time as the substantive application.

For these reasons, it was interesting to read that the popular ridesharing company, Uber, has elected not to raise any jurisdictional objections to recent unfair dismissal claims lodged by some former drivers. The company asserts that their drivers are not “employees” under the FW Act but rather, are “self-employed contractors”. If, at some stage, the FWC agreed with the latter argument that all Uber drivers are “self-employed contractors” then Uber would be entitled to that jurisdictional objection in the face of unfair dismissal claims.

Rather than try to secure such a finding and having these claims dismissed by the FWC, Uber has decided instead to pay one former driver a confidential settlement sum and is currently in the process of negotiating settlement of the other claims. While commercially this makes sense (See our blog Employment Law Essentials – It’s not over till it’s over: Ramifications of unfair dismissal proceedings) – is Uber losing an opportunity to have the FWC determine the employee v contractor question?

Information provided in this blog is not legal advice and should not be relied upon as such. Workplace Law does not accept liability for any loss or damage arising from reliance on the content of this blog.