How (and Why) to Tailor Your EVP to Your Snapchat Audience

Your EVP can and should encompass a lot of diverse elements, from high quality benefits packages and stock options to exciting research tools and preeminence within a particular field. Each of your candidate personas should be excited about some of the ways that you provide value (if they’re not, it may be time to go back to the drawing board about a few things), but none of them will be interested in all of the ways that you provide value. Thus, it stands to reason that you…

How to Take Action when Employees and Alcohol Mix

Alcohol and workplaces never mix well. No matter the sort of work they do, employees should not be in the workplace when they are under the influence or still suffering the effects of alcohol consumption. This includes drinking at work or immediately before starting work, and those who are still impacted by a big night out.

5 ways you can be more productive at work

Productivity is a term synonymous with the workforce that’s often associated with an employee’s volume of output, but it’s more importantly about how efficiently and effectively you’re working.

It can be overwhelming thinking about all of your tasks on your list which can leave you feeling like there isn’t much time to complete everything.  So in terms of optimising your productivity it’s helpful to start by focusing not on how you can “do more” but how you can become more valuable.…

What to do when pinocchio is in the room?

What to do when Pinocchio is in the room? 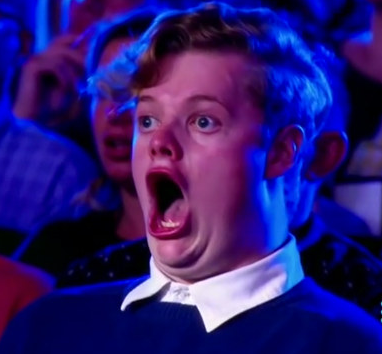 I was outraged.  I actually did that thing you see people do in the movies when…

SmartDreamers’ Perspectives: Why Your Recruitment Marketing Should Connect to Your ATS

Imagine a scenario: you've put a lot of time and money into developing an eye-catching campaign to promote an open job at your company. You rolled it out through paid ads across a few different social media channels, and—wouldn’t you know it—it worked! Building on your existing brand gravity, the ads caught the interest of a slew of qualified applicants, one of whom you’ve now hired and started onboarding. The ad didn’t have to run for too long to yield results, so your…

The Legality of Recording Conversations

Whatever the reason, we examine the legality of recording conversations in Australia.

WHEN CAN YOU RECORD A CONVERSATION?

The truth will set you free: Consequences of providing false and misleading evidence

When dealing with litigated matters, we cannot stress enough the importance of having evidence and witnesses that are credible and reliable to support a party’s position in the proceedings.

A recent decision of the Fair Work Commission (FWC) has shown how providing false and misleading evidence can not only be detrimental to the case, but can also have very serious personal consequences for those who…

Clearly, unfair dismissal continues to be one of the main areas of dispute between employers and…

Ten in the bin: Injunctions against suspensions from work

A suspension is a reasonable and lawful direction from an employer where, for the period of suspension, an employee will not be required to perform their duties in the usual manner they would normally be performed.

There are certain circumstances where employees may be suspended from work with pay, such as when an investigation is being conducted or in the context of a disciplinary process.

Ordinarily, the power to suspend an employee is a contractual term, but some…

Managing Narcissistic Behaviour in the Workplace

Staff demonstrating narcissistic behaviours can undermine a company’s culture and character. Our Advanced Conflict Resolution training sessions can be tailored to include discussions on narcissistic behaviour. Discussions about behaviours in a workplace that may be influenced by one or more personality trait disorders can only be general in nature. While the concept of ‘patterns of behaviour’ and typical types of behaviour can…

Interviewing 101: Techniques To Help You Bag Your Next Executive Role

It’s always a good idea to go to an interview fully prepared. While some people have great interview skills, others may need to practise prior to meeting their potential employer to avoid common mistakes.

Having said that, regardless of where you sit on the interviewee spectrum, you could be making mistakes you weren’t even aware of. So I’ve come up with good interview techniques for candidates to help you bag your next executive…

Kurt Vonnegut once said, in response to the question of why one should write books when senators and generals and other important people won’t read them, “you catch people before they become generals and presidents.” As it is with the lessons of literature, so too is it with employer branding. More than 70% of candidates will take a business’ employer…

Gender Equality: How to Create a Win-Win in the Workplace

It can seem unbelievable that gender inequality persists in Australian workplaces in 2019. As well as the obvious human rights issues, some employers and managers fail to comprehend that a lack of gender equality can have measurable negative consequences for the organisation as a whole.

Let's examine some of the alarming statistics around the situation for women in the workplace, the benefits of championing gender…

Interview Techniques For Employers – How To Find The Right Talent

Interview techniques for employers are often overlooked yet having the right skills as the interviewer is just as important as it is for the candidate to have good skills as an interviewee.

The majority of people are not good at interviewing because it’s not part of their core skill set. They might excel as an engineer, banker or property developer and end up being promoted to leadership roles. With that comes the new…

A break from banter: FWC upholds dismissals from workplace with “robust environment”

Workplace culture can dramatically vary from workplace to workplace.

It is becoming increasingly challenging for employers and employees to understand where  the line is between a relaxed, open and friendly workplace culture, a robust workplace culture and what is a workplace with a bullying or harassment issue?

Under workers compensation legislation, the “reasonable action” defence is one often relied upon by insurers against claims of work-related psychological injury.

The parameters of the “reasonable action” defence differ to some extent across the Australian states and territories. In some states, such as Queensland, Victoria, South Australia and Tasmania, the definition of “reasonable action” is quite broad and can encompass a wide range of actions by the employer. However, in other…

As almost everyone reading this right now can probably attest, the current global talent market can make things extremely difficult for recruiters. There’s a shortage of skilled labor in many industries, and businesses are constantly competing to establish themselves as the employer of choice through employer branding efforts that tend to be costly, complex, and time-consuming. This can be especially troubling for large, global businesses, who might have incredibly varied…

How To Be Headhunted: The Dos And The Don’ts

I talk a lot about the dos and the don’ts of recruitment and hunting for work, but what are the rules of being headhunted?

In this episode, Brett Jarman, (the founder and CEO of Experts On Air, the producers of the podcast) joins me again to decipher the tricky subject.

Listen to us discuss this…

Whilst you may not have the capacity to ‘walk a mile’ in your team’s shoes, make sure you spend significant time right alongside them. Inhabit the actual space and systems with which your teams…

When conducting a workplace investigation, it is important that supporting evidence is collected in order to ensure that any decisions can be backed up, particularly in the event of legal proceedings.

We examine the merits of recording evidence in a signed statement versus an affidavit.

WHAT IS A SIGNED STATEMENT?  …