Leaders Must Be Taught To Use Their Brains/Fair Work Act

Interesting that today's HR Daily has Leaders Must Be Taught… and Fair Work Act needs… are on the same page. The articles are very complimentary. They underlying issues, of course, is about relationships. When employers use inclusive management techniques all that work together will find ways of resolving issues without too much outside assistance.

All Aboard - The Importance of a Robust Onboarding Process

When it comes to recruiting a new staff member, most organisations focus heavily on attracting and then selecting the best possible candidate for their team. A great deal of time and effort goes into selling the organisation, and then once a strong pool of candidates have applied for the role, the focus moves to interviewing, reference checking and finally making an offer of employment to the preferred candidate.

Once the preferred candidate has accepted the job offer,…

Use your performance management process to engage rather than frustrate employees

If you didn't read the HR Daily article called Motivation alone won't boost performance on the 24th Jan, you really…

The recent tragedy aboard the Costa Concordia occurred nearly a century after what is arguably the most well-known shipwreck of all time – the ill-fated RMS Titanic.  In both cases the ships were headed for disaster, and the Captains of both ships were unaware of the danger.

The coasts of Italy have been familiar to seafarers for well over 2000 years.  It is remarkable that such extensively charted shorelines should claim a ship equipped with all the latest technology.  We may go…

Since launching HR Daily in 2008, we've had hundreds of requests from HR professionals and employers to provide a channel through which they can connect. Finally, after months of testing and fine tuning, we're almost ready to go.

We're hoping you can help with this final stage (and let us give something back in return).

To help us launch …

I recently had an ex-colleague who followed up with me as he was wanting to know the ‘rules’ or protocol around poaching employees from competitors. He was feeling a little squeamish about it and he felt it was ‘under-handed’ tactics as he put it.

So I said to him, ‘From a young age we have been taught it’s OK to poach’.
What do you mean? He said aghast!…

Organisations are busy places.  People meet together in formal and informal contexts and talk about what’s going on, what should be going on, and what’s ‘in the wind’.  Others are planning, proposing and discussing ideas, strategies, and approaches.  People are involved in a myriad of activities as they go about their working life.

What is the effect of all this talk and all this activity?  Hopefully it is helping the organisation fulfil its purpose, but what is in no doubt is that it…

Most of us don’t like change.  We get established in our routines and change unsettles us.  But does this discomfort originate from us as people, or is it a product of the change itself?

Three Canadian researchers* sought to answer this question.  They studied a group of healthcare workers faced with 3 types of changes – structural, relocation, and IT.   Their findings showed two different kinds of responses to change.  One they called ‘dispositional’ discomfort, which referred to…

On the whole, managers welcome the relief from a difficult or non-existent approach, system or structure around the staff appraisal process.

You can also often strike the manager with the negative perspective in relationship to the employee performance appraisal process.

Reflecting on the year that was

Now that 2011 has drawn to a close, it’s a good time to take a moment and reflect on the year that was.

For some of us it may have been a great year of growth and success, while others may have been affected by situations out of their control such as the European debt crisis. No matter which camp you sit in, or if you’re somewhere between the two, 2012 is ready for you to tackle head on.

Head in the sand or action junkie.....what's your mantra? 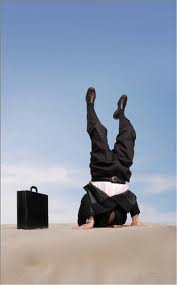 This Christmas I bought my husband a book called “100 Things What’s on Your List” by Sebastian Terry.  I was attracted to the cover initially because I saw the Camp Quality symbol and both of us have volunteered with Camp Quality in the past and I was intrigued by the concept of having a 100 goals…

A lesson in valuing your intuition

When you have a decision to make, do you put more emphasis on analysis or intuition? If you believe decisions must be based on logic, it could be time to listen to your heart a little more often.  That niggling doubt could be a sign you need to pay more attention to your…

How To Identify People For Leadership Positions

This is a question that comes up in various polls, groups and expert Q&A’s on social media boards repeatedly and often. You would think since the Industrial Revolution we would have evolved and managed to understand this fully, and in practice, yet still we have not come so far.

Is it that leaders themselves are ignoring the guide lines and research? Now more than ever, there is a plethora of free information out on the internet to answer this question.

So here we go again…

What To Do When An Employee Wants To Work From Home

However in light of a recent ruling forcing Telstra to compensate an employee working from home who in 2006, after falling down a flight of stairs in her home, injured her shoulder, is giving employers the nudge to re-think their approach to flexible work practices.

Your Feel Good Friday from Balance at Work MERRY CHRISTMAS!

St. Nicholas is Santa’s real name. St. Nicholas, who was a 4th Century bishop in Turkey, is patron saint of children, sailors, bakers, pawn-brokers and Russia, among other things. We have been celebrating St. Nicholas Day, which falls on 6th December, for many years, and its become a tradition among our family and friends to meet every year on St. Nicholas Day to mark the beginning of the Christmas…

Women in leadership – can we “have it all”? 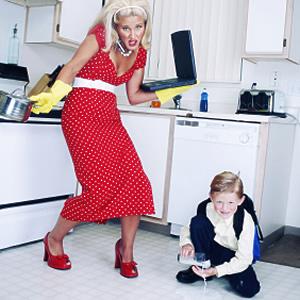 I recently met an incredibly motivated and driven female leader.  She is dedicated, loves the company she works for, thrives on feedback to improve and wants to achieve top performance status every year at her annual review.  In discussing her career and future plans – she stopped mid sentence and admitted that having a baby was on…